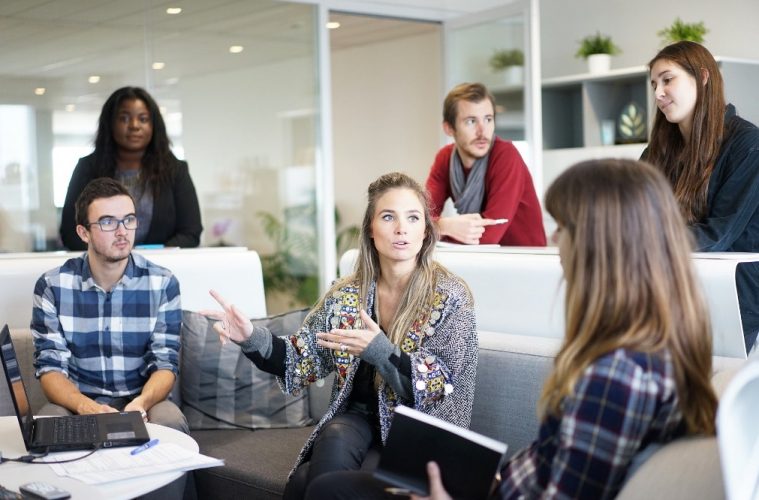 How many times have we heard that we can achieve as much as we work and dream on? As young adults, all the time maybe. However, as women, preparing to go into the real world can be scary sometimes. We have real challenges to face when becoming leaders. But that is how life is for us these days, and what can we do about it? Take the opportunities as they come, don’t be afraid to think big and together we can do better for the women of tomorrow.

These lessons were imparted over last week’s event organized by the Commission Egalité and the Career Center of HEC. A truly inspiring evening where 6 different stories where told by women who became leaders and are still learning to find their paths. These women have taken their lives and careers on to the next level, following what they love and raising their voice. All from different ages and backgrounds, but many similarities that connect them, let me tell you their stories.

Head of Wealth Management Communications at Pictet. A physicist at core, but redirected her career choices towards the communications and banking world when becoming a mom. Back then, it was a difficult decision for her, as it is scary to drift apart from what is comfortable. The career line was not a straight one for Mrs. Moore, especially in the banking world which is typically one ruled by men. However, with patience and a lot of effort, she quickly realized her skillset was made for this new challenge.

While working, she created the Pictet Women’s Network in 2018, which helps boost women working in the banking sector. They host an event that invites up to 1,000 female bankers in order to share knowledge and experiences in the workplace. This event has been quickly growing and has been able to highlight how women are notably seen as too emotional. Sometimes making them feel like outsiders, it leaves them extra vulnerable for criticism when working. Nevertheless, through this platform, female bankers have gained the opportunity to regain focus on their career, to really engage in what they work on and to not let the criticism get to them.

Her message: Stay open to new opportunities, build strength through the emotions and always think big, no matter how hard it may look like.

Co-founder and director of the international consultancy agency on critical communication skills, called Beaufort Group Consulting, aims to help women prepare for leadership roles and identify their potential. Mrs. Laverick had a very precise challenge when facing her present career path. She always looked for a job where her skillset was maximized, so when she got offered her dream job at BBC in London, a huge promotion for her, she was not hesitative to accept. However, little did she know when she arrived home that night, her husband had already gotten a promotion in his own field. As his career was growing faster than hers, it was a compromise to let her promotion pass. Thus, they packed their family with them, and arrived to Switzerland.

What do you do with a broken career? She asked herself. With still so much to give and her skillset intact, she got to work. After finishing her PhD, she started teaching. This path is what eventually led her to create the Beaufort Group Consulting Agency. Through the career change experience, she realised the lessons life brings when anyone can become a leader as long as we work hard enough.

Her message: Let your skillset define you, then build a career on it. And never wait for opportunities to fill your plan, make them happen.

Co-founders of the Meraki Community, a female entrepreneur network. These 27-year-olds started a business project to promote 2 Greek artisans, by helping them sell their handmade sandals to a broader community outside of their local islands. After selling them online and in every popup event in the Suisse Romande region, they found themselves surrounded by a broader community of female entrepreneurs, all wanting the same as they do, to nourish and make their idea grow. However, they found a strong limitation, how to make the ideas flourish when resources and networking runs out?

This is where Meraki Community is born. The two young entrepreneurs saw an opportunity to reach out to their gained networks in order to create connections. Each business idea had a limitation, but one that could be fulfilled or eased by another female colleague’s idea. This way the whole network becomes sustainable and improves from within.

Nowadays, Meraki brings together over 45 females, creating a strong ecosystem where they can support each other, either through the exchange of goods and services or through consulting and advising. Doubts are always in the background, however the community search to inspire and attract more women to work together and boost each other up. This way, the limitations are reduced. Meraki is continuously working into growing their community through their monthly events, with the goal to increase personal and professional development of anyone who wants to become a member.

Currently member of the PLR party and with a vast work experience in both private and public sectors, Mrs. Crole-Rees starts her story with an anecdote from when she was little. She went to a public school at the time when girls were taught to sew before they were taught to do math. Shocking as this statement was, it is a quick wake up call to know how women and men are not given the same opportunities from the beginning. Of course, times have changed. But there are still subtle challenges she sees in her day to day work.

As an agricultural engineer, following her studies was never easy, as even teachers would question the presence of women in a room full of male engineers. Nevertheless, she succeeded in her studies by doing what she loved with the skills she has. Ready as she was to work, she found some closed doors in her pathway. But she found reassurance when she became a representant for the paysans in the Canton of Vaud. Of course, the challenge continued as she was a non swiss, not a natural paysan and was and educated woman. None of that mattered, because she worked hard in the new environment she faced, thrived through a world of critics and full of men, which finally led to her current position and gaining people’s trust.

Nowadays, the political world is still ruled by men. But Mrs. Crole-Rees reminds us that no matter if you are the only woman in the room, we need to own it and take the chance to make ourselves be heard.

Her message: Stand up for what you believe, don’t be afraid to speak up and live with “say yes, the rest will follow” positive attitude.

A Peace and Disarmament Representative for the Quaker United Nations Office (QUNO) in Geneva, Ms. Foster is amazed to how her life has turned out to this outcome. With 31 years of age, she believes she is still looking for her career path, but is content with what she has overcome.

As a teenager she had to fight with an eating disorder, changing and moving environments constantly due to her parents work and different challenges that prevent her to maximize her potential. However, after finishing her studies in England, and while working in the underpaid system as a true millennial, Ms. Foster took a leap of faith and participated in a social program in Central Africa for 2 years. Entering a world completely brutal and broken, she found her calling. She wanted to help, fix the situations she had seen overseas and fight for human rights.

Coming back from this experience made her realize what she wanted to pursue. And even though her job experience did not support an NGO Representative position, she took the chance; leading her to a fulfilling career path up to this day. Even in this career choice, being a woman is not easy, as one finds herself surrounded by men, critical men. But women need to be reassured that the constraints we might find in the way are nothing if we follow our passion and dare to work on it.

Her message: Do not be afraid to speak your mind in front of a crowd, make room for your ideas in this chaotic world and be bold.

Founder and Director of Opaline, ends the evening on a high note. Starts her story with an anecdote while doing some alpinism, which ends up with the realisation that women are normally much more exposed in a men’s world. Where even the most basic need and action, like going to the bathroom, becomes hard when you are a woman. However, this exposition in any circumstance gives a great opportunity to be creative and work with our own emotions.

Mrs. De Meyer started her career path in Whitepod, where luxury and eco-tourism merge in Canton of Valais. Since then, being aware of her own actions and the respect humans owe to the planet, she started Opaline in 2009. This company promotes biodiversity through the production of local juices, in order to boost up the value of swiss lands and crops, as well as to construct stronger links between people. Furthermore, Opaline Foundation looks forward to guard biodiversity around the world, to correctly value the lands and to smooth out the transition to an ecological economic system. A truly inspiring and aware approach that is needed in our times.

As women, we have the immense capacity to combine brains and feelings, and this is where the future of economic growth needs to focus on. Studying already makes women more powerful that we can ever think of, work hard and then the world is ours.

Her message: Dream big and use your emotions to drive into what you love; leadership has to be joint with an ecological point of view and it is a wonderful time to exploit our emotional intelligence and reconstruct our world. 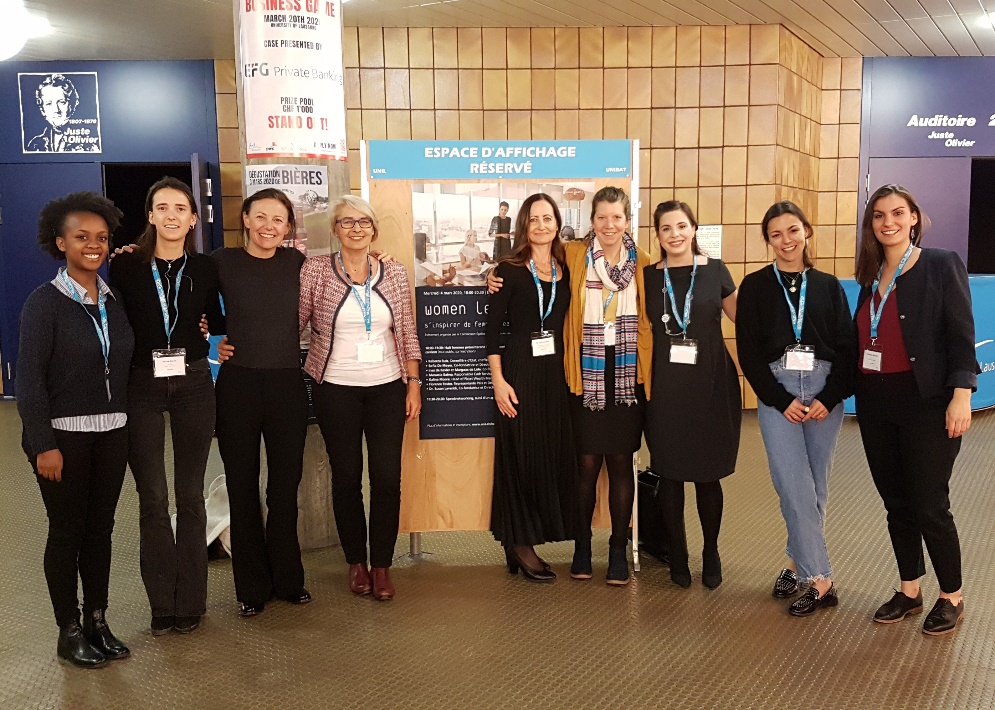 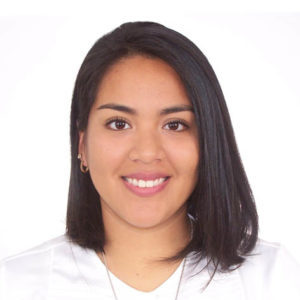