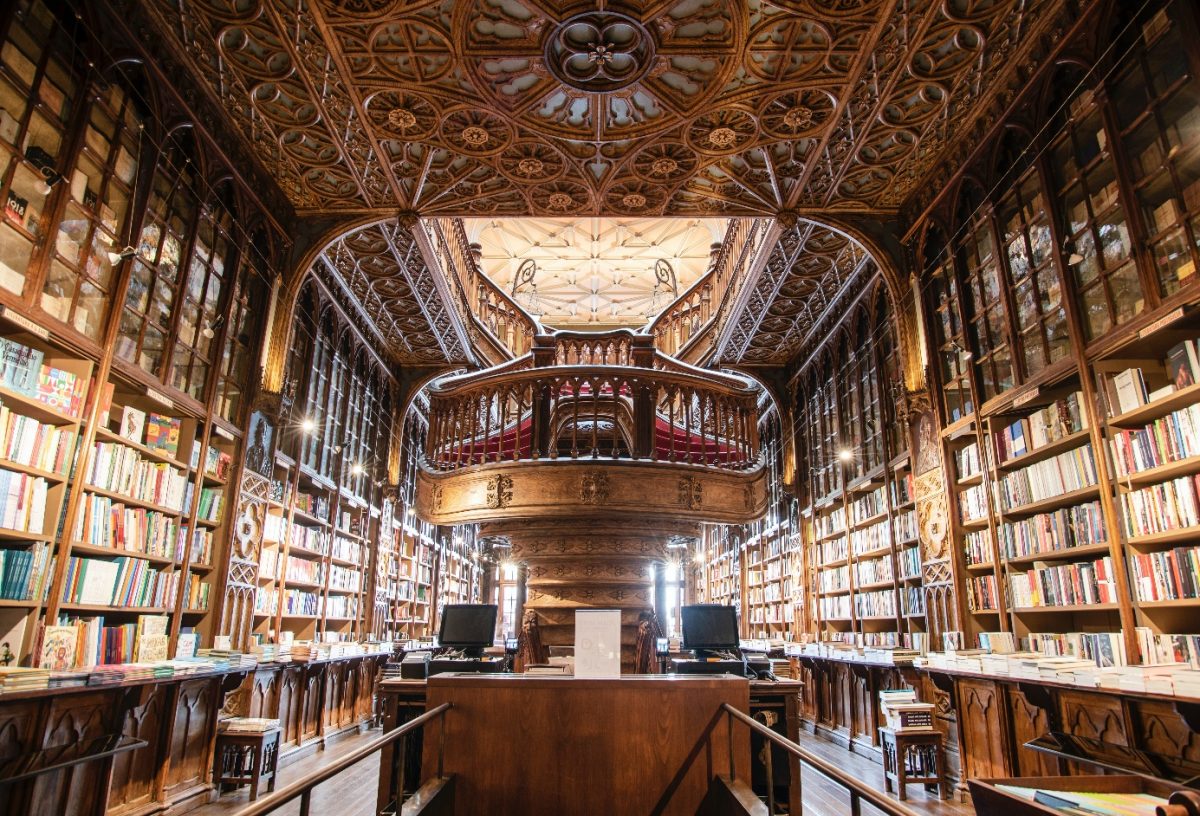 The most important books in modern economics

Understanding economics is hard, especially so for people not studying in the field. In this article, we go over six books, all published by renown and respected economists. All six of these books have been released in recent times (except one) and demystify an important aspect of the economic literature and have been written in such a way that the average person can get a solid grasp of the main ideas tackled in the book. 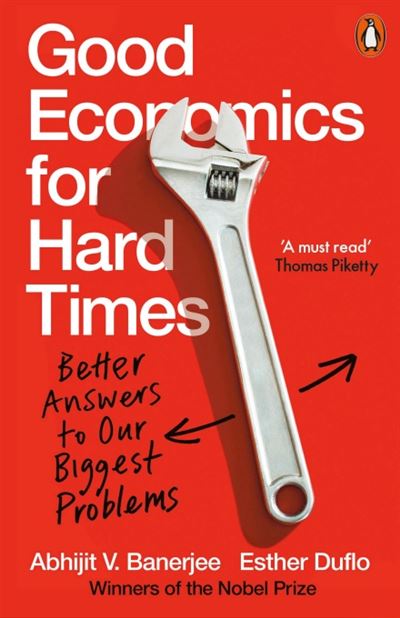 According to surveys, economists are among the least trusted professions, ranking even lower than politicians, how did this come to be? In Good Economics for Hard Times, Nobel Prize Winners Banerjee and Duflo attempt to answer that question by tackling major topics in economics, bringing the science and the facts back into the debate. Climate change, immigration and minimum wage, globalization and technological progress are among the many chapters covered in this book that provides crucial insight on how economic policy should be designed for our 21st century societies. 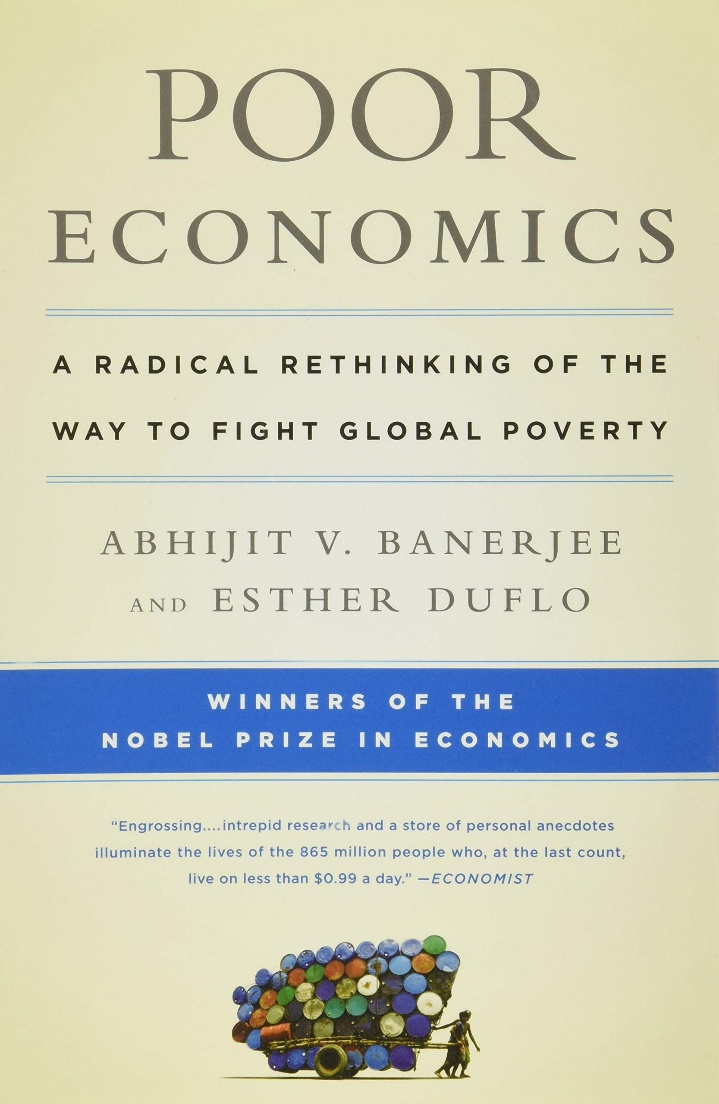 Despite incredible progress in the last 20 years, hundreds of millions of people in the world today still live in poverty. In this book, Banerjee and Duflo, both experts in the economics of poor countries, carefully study the behaviour of individuals living in developing countries and how to best help them get out of poverty and fulfill their full potential. The authors tackle multiple hot questions in the field of development economics: should we leave poverty alleviation to the market or should the state and/or NGOs intervene? Why do poor people have TVs but cannot afford food? How can you incentivize parents to send their children to school? Why does every Indian household operate a small business? And many more. To answer these questions, the authors encourage the readers to discard their deeply rooted kneejerk reactions and to think again, again.

Why Nations Fail by Daron Acemoglu and James Robinson 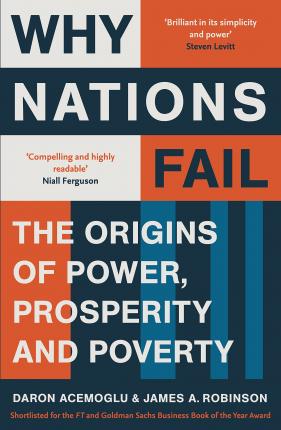 Why is Europe rich but Africa poor? Is it because of weather or geography? According to “Guns, Germs and Steel” author Jared Diamond, yes. According to Acemoglu and Robinson, no: the single determining factor in a country’s wealth is the quality of its institutions. Citing examples from societies in all seven continents, the authors divide states into two categories. Inclusive institutions are characterized with a broader distribution of power, a strong rule of law, equal opportunities for everyone and a strong protection of private properties. Extractive institutions, on the other hand, are characterized by a strong concentration of power at the top and laws that favor a rich and powerful elite at the expense of the masses. This book is a fantastic read for anyone interesting in learning more about the role of institutions in economic growth or anyone with a strong interest in History.

Misbehaving (or Nudge) by Richard Thaler, 2016 Nobel Prize in Economics 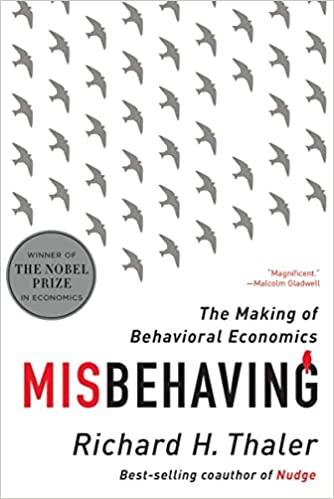 Written in 2016, this half-educational book half-biography, narrated by the Man himself, takes the reader through the fascinating field of behavioral economics: the crossover between psychology and economics. In it, Thaler tells the story of how the field of behavioral economics came to be. The main assumption behind it is that humans, unlike assumed in most economic models, are not fully rational agents. Groundbreaking, right? At the time, it actually was. Thaler goes over many of real-world applications of behavioral concepts: how are NFL players drafted, how people save for retirement, how people behave in TV game shows, how people decide to donate their organs, and many more, all sprinkled with the author’s well timed, sharp humor and anecdotes.

Readers can alternatively read Nudge, which came out a couple years prior. In my opinion, Misbehaving covers a lot of what is already covered in Nudge, but does it better and adds a lot more content.

Development as Freedom by Amartya Sen, 1998 Nobel Prize in Economics 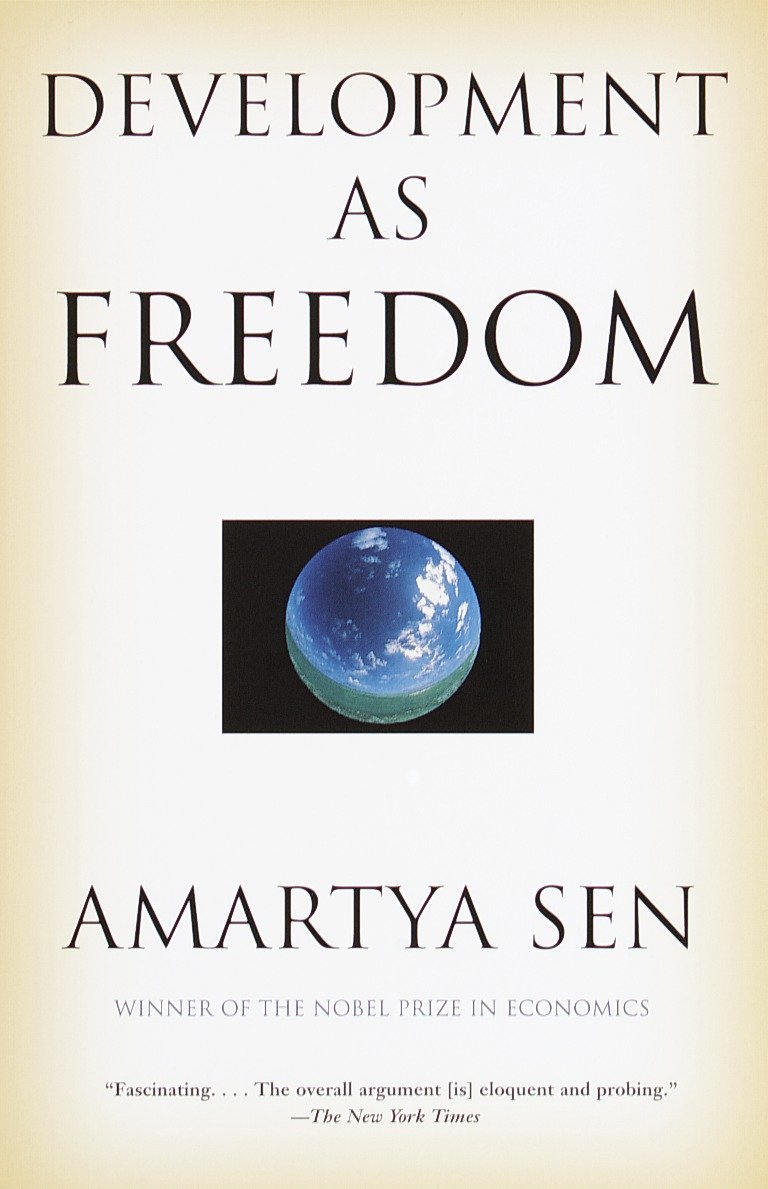 Amartya Sen, renown economist and Nobel laureate for “his contributions to welfare economics”, summarizes the core of his work in this book: development is not simply the increase in private income. Rather, “the contribution to economic growth has to be judged […] by the expansion of social services, including social safety nets that economic growth can make possible”. The author calls for a redefinition of development, not measured by increase in income, but by “the removal of unfreedom that leave people with little choice and little opportunity of exercising their reasoned agency”. Put simply, development can only be measured by an increase in the spectrum of opportunities any individual has.

This book is an essential read for anyone interested in economic development in poorer countries. It is also a book filled with hope and humanism, making it an extremely refreshing read. 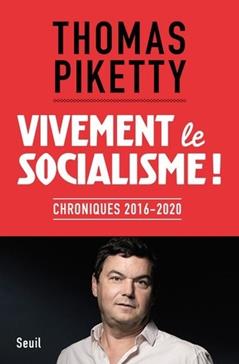 Thomas Piketty is arguably the economist with the highest name recognition in the profession. Indeed, his 2011 book “Capital in the 21st century” sold over two and a half million copies worldwide. In it, the author studies long-term income and wealth inequalities in developed countries and goes over one of the fundamental laws of capitalism: r > g. Put simply, as long as the rate of return of capital will be higher than the growth rate of the economy, inequalities are bound to widen. The sequel, “Capital and Ideology”, which came out in 2019, takes a broader perspective on inequalities and replaces them in their ideological context.

“Vivement le socialisme” (Can’t wait for socialism in English), is a collection of Piketty’s columns in the French newspaper “Le Monde”. These columns, no longer than five pages, summarize the main points in Piketty’s multiple books. Although this book features no original concept, its main benefit is that it makes Piketty’s work much more accessible. The columns are also written in a much simpler language, which is a big plus given the author’s tendency for wordiness. For a deeper dive in Piketty’s ideas, readers can purchase “Capital in the 21st century”, “Capital and Ideology”, “A Brief history of Inequality” and “Rapport sur les inégalités mondiales 2022”, the latter being prefaced by Banerjee and Duflo.