Nowadays, new technologies are showing the world new ways of exchanging information. Incredible breakthroughs (e.g. the Blockchain1, machine learning2) will soon radically change multiple industries and considerably improve people’s life. Of course, such innovations like Uber, Amazon or Numerai3, which come from a mix of unique ideas, require the creators to be visionaries, to think “outside the box”.

It is commonly agreed that being a successful entrepreneur is a job in itself, a very hard job. Having a great idea is not enough; you need to find financing, to convince people to lend you capital, to work a lot on your projects, to deal with the unknown, and so on. With so many daunting challenges to face, needless to say, you need to be extremely motivated and highly skilled in what you are doing. 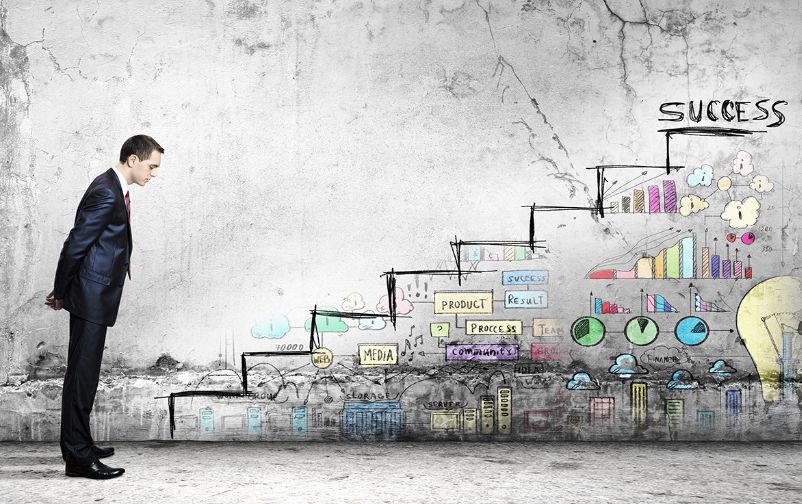 Do not think that finding THE idea is enough. Catching the perfect opportunity is impossible if you do not have the right pieces of the puzzle. In fact, the ability the see an opportunity is a unique competence and every successful entrepreneur has those special eyes. It is more a way of thinking, a kind of mind-set, which is triggered by another great ability, that of being able to question yourself before you make decisions. It has definitely a lot to do with leadership.

“Creativity is allowing yourself to make mistakes. Art is knowing which ones to keep.” Scott Adams

In the world of entrepreneurship, knowing how to change your mind is a must-have quality, especially when you are overwhelmed by your creativity. In reality, you should fail a lot before THE idea comes out; learning from mistakes is the best way to become a successful entrepreneur. 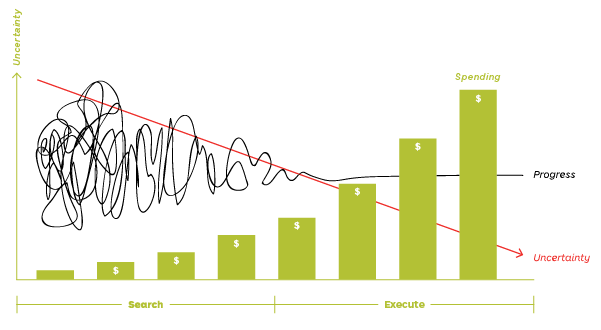 “I learned that courage was not the absence of fear, but the triumph over it. […] The brave man is not he who does not feel afraid, but he who conquers that fear.” Nelson Mandela

Fortunately, when you are young, you almost have nothing to lose. You can try, fail and get back up, and try again. Fresh minds are everywhere, I have found some of them in Italy. When you want to create something completely new, you can end up with unique ideas like those of these men. I asked them several questions about their start-up, an Initial Coin Offering4 (ICO) planned soon:

We are a group of 20 years old friends, who study at the University of Turin – IT department! We have followed the cryptocurrency world for a couple of years and now we are aiming to become one of the possible protagonists of the future of this world, which will surely shake up the current economy!

We are a team with different attitudes in the technological field, each of us specialized in a particular area! Every aspect of the project is carefully treated. Despite this, ours is a cohesive group and we work in synergy to bring an innovative contribution to world of cryptocurrencies!

What do you think about cryptocurrencies’ outlook?

Currently, we are facing the beginning of a new technological revolution. To understand whether we can call it a revolution or not, we should go back in time a bit, about 40 years ago, in 1972, when the Internet was born! During that historical period, we were laying the foundations for one of the biggest technological revolutions and thousands of guys, enthusiasts, scientists and engineers started developing ideas, creating projects and trying to understand how they could use that fantastic technology. The Internet has radically changed our lives: it can be defined as the « Internet Revolution ». Now, looking back, we can observe that the process of a revolution is made up of three main stages.

The initial one, where the innovation is discovered by the masses, is characterized by euphoria, unconsciousness, and overestimation of its potentiality.

The second stage happens when it is antagonized and attacked by a lot of insiders with, in most cases, conflicts of interest.

The last one might not always occur because the innovation must be valid enough to withstand the second stage. It is characterized by a much more gradual process where we will clash with technical or social limitations but, eventually, the services and products of the future will be built based on this technology. Always remember that, in order to talk about revolution, the new technology must be 100 times better than the current one, otherwise it will only be an improvement.

We can easily recognize the exact same process happening right now, with a technology that is here, ready to change many things, yet facing with so many difficulties ahead.

At this point, how quickly cryptocurrencies and Blockchain will become part of our daily lives cannot be predicted. Of course, as exemplified by the Innovation Adoption Curve of Rogers, it will be a long process.

What is your main idea about?

The purpose is a large-scale spread of our web platform, which makes cryptocurrencies accessible by providing a simple and interactive interface to those who have never had the audacity to take interest in it or who have encountered technical difficulties.

We have been pushed to undertake this path because we have noticed the presence of several technical barriers at the entry of this world. We found this problem when we, ourselves, started to be interested in this technology! The token’s name symbolises the inner meaning of our project: we’re young and innovative guys, who want to make cryptocurrency more understandable, through an immediate and incisive presentation. Indeed, our philosophy, “easy is efficient”, influences the whole project: the application, the website, the investment and the group’s organisation.

What is your value proposition?

Our value proposition is the promotion of a web platform that has three different functions.
First, we will create a Stepdrop system to make this project more captivating and social. It allows you to receive free tokens. After downloading the application and keeping the phone at your fingertips, every time you walk, you will receive “Young” tokens!

Second, according to our group’s philosophy, we will create an interactive and user-friendly graphic interface, which will help anyone in buying, selling and sending cryptocurrencies in a methodical and synthetic way.

The Stepdrop will allow us to reach a critical mass of users that will be necessary for the correct working of the market, which will enable the trade of cryptocurrencies in a simple and secure way.
Our key difference is the possibility of having a scalable infrastructure, allowing the user to access the investments directly in fiat currency and to invest in a significantly higher number of cryptocurrencies than our direct competitors.

In the end, we’re planning a protocol with which you can pay in all e-commerce sites with a safe and guaranteed method.

What are the main constraints?

Launching an ICO has several problems especially from a legal point of view. Currently, the biggest problem in most countries is the lack of regulations and hence, of a legislation to be followed. Switzerland is the first country that has moved at this time, while Europe has issued some guidelines but nothing official. Once this obstacle is overcome, the development side and the launch of the project will not be a problem.

Do you think that people could use cryptocurrencies for daily investments?

Yes, surely in a few years’ time, this technology will be implemented in almost all areas of society! Let us be clear, we are not saying this just because we are part of it. We believe in it so much because the Blockchain is a technology that guarantees transparency of information, security for the customer and is scalable over time!

How can your project be financially viable?

First of all, we will gather funds by launching an ICO. After that, our project will initially focus on reaching a critical mass of users through the Stepdrop, where we will « give » 30 million YOUNG to all users of our application. The Stepdrop works in such a way that, for every X steps performed, you will receive a token. Then the MARKET will be released and it will be based on very competitive fees compared to those of our competitors.

Is your project more viable in Switzerland than anywhere else?

As already mentioned previously, Switzerland offers good help to projects that want to finance themselves through Initial Coin Offering! We are currently considering all scenarios., from Italy to Switzerland, to Estonia. This week, we will decide, after a careful analysis carried out together with our lawyer and our accountant, where and what kind of company to constitute.

Do you have a dream about cryptocurrencies?

We think that cryptocurrencies can somehow make a huge contribution primarily to the global economy. Our biggest dream is that, one day, the cryptocurrencies could break down the banking system! This would be the first time in the history of humanity that anyone would be able to create their own currency, but most importantly, there would be no need to trust a centralized institution.

“Never put off till tomorrow what you can do the day after tomorrow.” Mark Twain

As you have seen, perseverance and passion come out from those lines.

We wish them good luck!