Street design, tactical urbanism and the future of our cities

Streets. They are grayish, mostly dull and filled with commuters heading from A to B in a hurry. In other words, they aren’t “sexy”. You might wonder why you should keep on reading an article about such a topic and I couldn’t agree more but bear with me for the moment and let me give you some examples that will prove you that streets are in fact the heart and soul of every city on this planet. 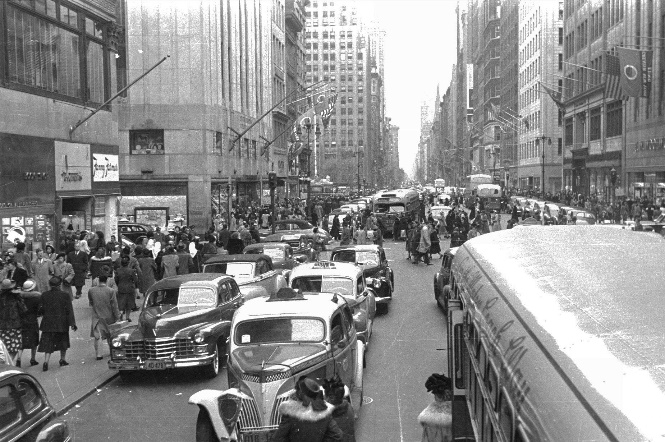 New York’s streets in the 1950’s filled with cars

But why aren’t streets appealing? Why is the only reason “to take something to the streets” a protest or a clash with the authorities? And more importantly, why is the street a way rather than a destination? From city planners of New York to architects in Amsterdam or Riga, all have asked themselves these questions and they have come up with two enemies: modernist architecture and cars.

Modernist architecture is founded on the principle that form serves function. Building efficiently and according to a specific, almost industrial, need has been the leitmotiv of the last decades regarding urban architecture. We fill our cities with blocks and squares separated by straight roads.

Moreover, streets intrinsically separate their users from one another. One user being for a long time in a very advantageous position; the car. Cars, particularly in newer cities, have restricted pedestrian traffic onto often cramped sidewalks. Alternative means of transport like busses, trams and bikes have been pushed aside by the rise of personal transport. Consequently, it is no surprise that many contemporary architects, planners but also residents themselves are arguing that the human has been lost in the quest of the ideal city preached by Le Corbusier and his peers.

Cities are defined by those who live in them. A great city is a city that listens to its citizens and fulfills their needs in all public fields, from education to health care. Why should it be different for urban spaces? This was the question Evelina Ozola[1], a young Latvian architect asked herself on her daily commute in Rotterdam where she studied and worked. When she returned to Latvia, she found herself missing the lively streets of Rotterdam where she “saw people barbecuing, watching TV, or selling their furniture on the street”. She and other scholars suggest the following answers to infuse life in our streets. 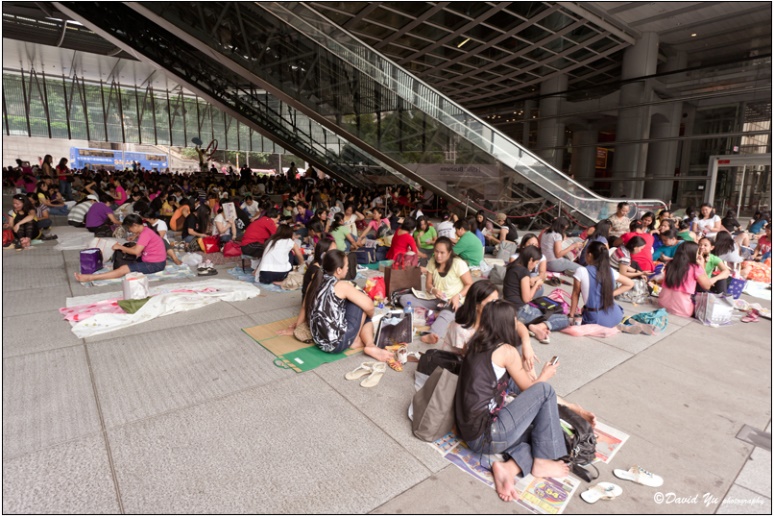 The major way of reclaiming this space for people is to limit the car lanes and improve alternative transports. Sidewalks will have to be widened, public transport improved, and bike lanes created. These widened sidewalks will offer enough space to plant trees and install benches for people to stop and enjoy themselves. Cafés and restaurants could use the benches as extra seating for their customers and stores would also greatly profit from those measures because pedestrians would be more inclined to walk on such a street. Streets would once more be alive and human, isn’t that “sexy”? 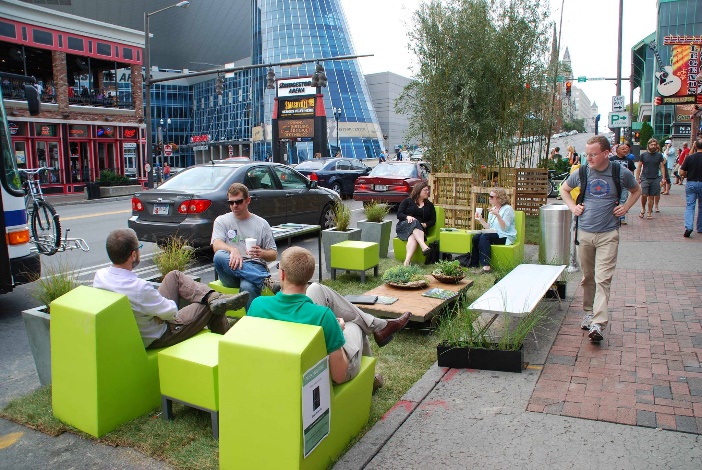 The other way that generally paves the way for the permanent approach mentioned above is tactical urbanism. It regroups all the different ways of making the improvements mentioned above in a fun, cheap and temporary way. Whether it is by closing off parking spaces and installing greenery and chairs to create PARKings[2] or by simply installing temporary bike lanes[3]. These techniques would test the new urban designs in a 1:1 scaled model and allow for further improvements by involving the local community. It would also allow stakeholders to collect data for these projects to implement them permanently.

In conclusion, streets must be built around their users and consider the needs of commuters and pedestrians in an equal manner in order to design better cities in an increasingly urban world. Finally, in a more general sense, this story about streets shows us that design matters and that in order to improve our surroundings we should always rethink the obvious.

TED talk by Janette Sadik Khan on the importance of parks in cities: https://www.ted.com/talks/janette_sadik_khan_new_york_s_streets_not_so_mean_any_more