Since the arrival of Christopher Columbus in Ayiti (Haiti’s indigenous name) in 1492 to the present, this country lives in poverty like an endless vicious circle. For approximately 528 years, Haitians have not had the minimum or sufficient conditions to get out of the poverty in which they live. The causes are diverse, from political to environmental.

The great wealth of gold and sugar in Haiti, called the attention of the colonizers of several countries like England, Holland and France. But Spain, which was the colonizer at the time, ceded the current territory of Haiti to France in 1695. The French turned this country into one of the richest colonies in the world, and the most lucrative in the Caribbean. By 1789 it became a major producer of sugar in the world, as well as coffee, tobacco, cocoa, cotton and indigo. However, the people who worked in the fields were slaves who were imported on a large scale because they only worked for about three months and then died. Living conditions, overwork and regional diseases were the causes of most of the deaths, with life expectancy averaging 21 years.

Due to the excesses applied to « les gens de couleur » and the news of the French Revolution in 1789, it generated great hope in the workers and slaves of Haiti. The result was seen in 1791 with the uprising of Boukman, a leader of the African slaves of Jamaican origin. The uprising led to a battle with the whites that lasted approximately 12 years, the final result of which was Haiti’s declaration of independence on January 1, 1804, making Jean-Jacques Dessalines its first governor. After the excesses applied to the slaves, the new Governor Dessalines of Haiti issued the order that all white men be sentenced to death.

Haiti’s independence came at a huge cost that it continues to pay to this day. The first action taken by international countries, including France, was an economic and political blockade. The countries decided not to recognize Haiti as a nation because of the cruel battle they fought against the colonizers who were French. That is why, on April 17, 1825, Haitian President Jean-Pierre Boyer signed the Royal Ordinance of Charles X with the aim of having Haiti recognized as a country by international countries, including France. The condition was to make compensation for the land and slaves of the French, the amount reaching 150,000,000 francs (about US$ 21 billion at present), payable in five instalments.

A stagnant and dependent economy

The debt was very high for Haiti, which had to ask for repayments and loans from American, French and German banks with exorbitant interest rates that forced it to spend most of the national budget on repayments. Finally, in 1947 Haiti finished paying its debt of independence to the French government as it is known today. It took 122 years to repay its debt, which cost it its economic independence and high levels of poverty that it still cannot overcome. This payment literally crippled the ability of Haitians to invest in infrastructure, public education and the general functioning of government services.

The 20th century for Haiti, the poorest country in the American hemisphere, was marked by consecutive coups d’état and political instability that caused its economy to stagnate. Today, Haiti’s economy is characterized by constant environmental, infrastructure, educational and political problems, among others. These problems are the reason why this country has the lowest economic and development indicators in the region according to the World Bank. In 2018, GDP growth was 1.48 percent, the inflation rate was 14.6 percent, the fiscal deficit was 6.5 percent of GDP and there was a severe depreciation.

According to the Human Development Report 2019, Haiti’s human development index for 2018 was 0.503, which placed the country in the low human development category, ranking 169th out of 189 countries. In addition to low economic and development indicators, the country suffered a huge tragedy in January 2010, when an earthquake measuring 7 magnitude struck the Haitian capital, killing about 316,000, injuring 350,000 and leaving more than 1.5 million homeless, according to the Haitian government.

The year 1957 was a period of time that showed the highest levels of corruption and repression in the history of the 20th century in Haiti under the dictator François Duvalier who was in power for 14 years. After his term in office, his son Jean Claude (at age 19) took power and remained in power for another 15 years in Haiti. Both presidents were in power for almost 30 years, which left the country lagging behind. Both presidents plunged the country into corruption and the isolation of its economy, which meant that the country was not industrialized. During the years of the father-son dictatorship, Haiti’s population tripled and most of them lived in extreme poverty.

Today, tension reigns again in Haiti, due to the strong socio-political instability, economic weakness, accusations of corruption to the current government and growing insecurity. The month of February 2020 was marked by confrontation between the police and the army after a group of local police officers attempted to storm an army barracks in downtown Port-au-Prince near the Presidential Palace, demanding improvements in employment. These are not the first protests that current President Moïse has faced. Last year, Haitians took to the streets to demonstrate about the country’s economic crisis, for which they hold Moïse’s government responsible. President Jovenel Moïse called the police attack « an attempted coup d’état » and the armed forces defined it as a « situation of war ».

A country in perpetual crises

About 25 per cent of the population lives below the poverty line. Haiti is the poorest country in the Americas and one of the poorest in the world, according to the World Bank and the International Monetary Fund. Its economy has remained very weak, most of the products that are consumed or sold are imported. The country has had very poor leadership and at the same time has been hit by numerous natural disasters in recent years that have only increased the crisis. Haiti is a country in perpetual crisis. Since the earthquake that devastated the Caribbean nation 10 years ago and left 316,000 dead, the country’s economy is in a state of misery, with 2.6 million people out of a population of 11 million living in a food emergency, according to Dominique Burgeon, FAO’s Director of Emergency and Resilience. The citizens of Haiti hope that the situation of poverty they are living in will change soon. 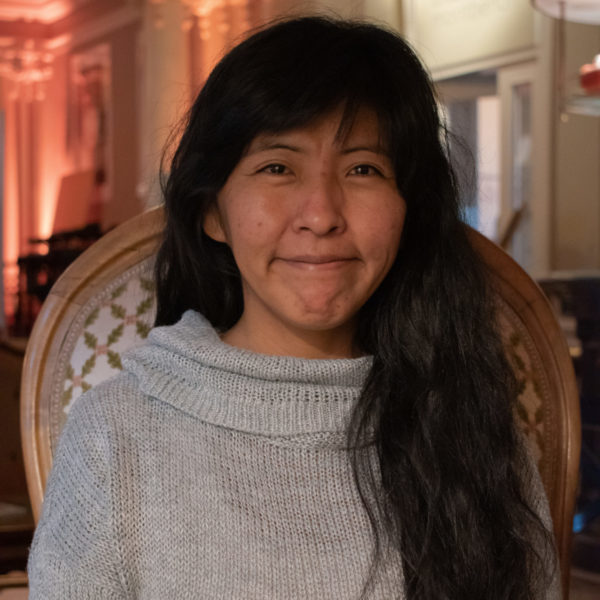