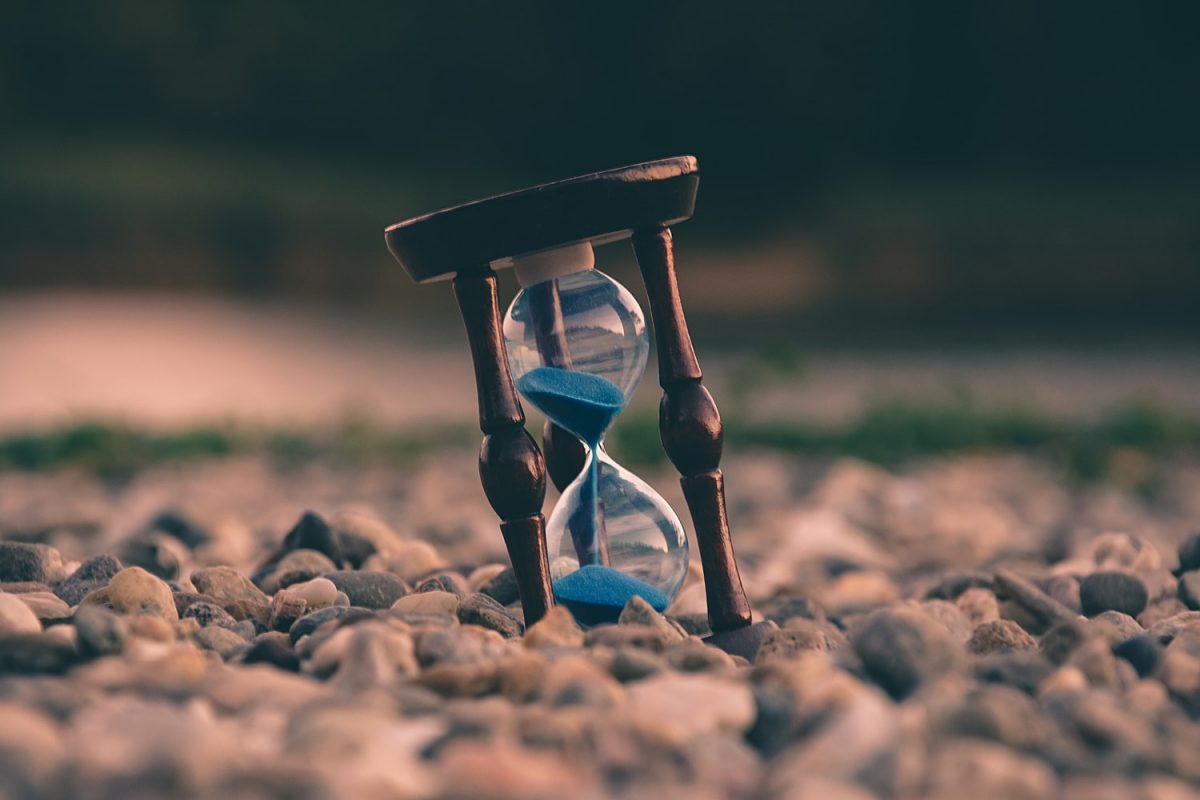 THE WORST CRISIS IN ECONOMIC HISTORY : Time is running out

In recent months the world has been suffering one of the worst crises in history: COVID-19. This virus is greatly affecting the global economy and its ongoing impact is still uncertain in terms of size, depth and duration. Many expert economists indicate that the world economy is already in recession or depression. I would say that the world economy is in a Great Depression + 1, as the blow is not only to economic activity but also to humanity. The effect on the economic sector has become widespread and is accelerating every day without stopping. No one can escape this tragedy and it is a challenge that requires a global response. In an effort to control the economic and financial consequences of COVID-19, the first instinct is to look for precedents and remedies in previous crises such as the Great Depression (1929) and the Great Recession (2009). Can we learn from previous crises to combat COVID-19 or do we need to go further?

In 1929, the world was hit by the Great Depression which originated in the United States and lasted until 1941. The Great Depression began with the collapse of the U.S. stock market in October 1929 and caused dramatic declines in production, severe unemployment, acute deflation, and a financial crisis. It also caused a collapse of large financial institutions in Europe, such as the Austrian bank Credit-Anstalt in 1931, which had a domino impact on many banks on this continent (Bernanke, 2013). During this period, the real economy contracted in large quantities every year. During the first five years of the depression, the U.S. economy contracted by 50 percent, unemployment rose to 25 percent, deflation soared above 10 percent, and international trade collapsed by 65 percent. With respect to the financial sector, by 1933, 4,000 banks had failed. (Amadeo, 2020).

What caused this colossal calamity? According to Bernanke (2013) and Fiorello (2019), there were many different triggers with the main ones being the repercussions of World War I, problems with the international gold standard, the famous stock price bubble in the late 1920s and financial panic. The starting point was October 24, 1929, with the 11 percent fall of the Dow Jones, which generated a great deal of panic and impelled investors to sell their shares at an unprecedented rate. The Federal Reserve also failed to help the banks, and thousands of smaller ones collapsed. This was due in part to the fact that the Federal Reserve refused to create more cash as the money supply tightened. The Federal Reserve failed in this first challenge, by not using monetary policy aggressively to prevent deflation and the collapse of the economy, it did not adequately fulfill its role as a lender of last resort, leading to many bank failures.

What ended the Great Depression? President Franklin Roosevelt’s rise to power and World War II. In 1933, Franklin Roosevelt came to power and he took a variety of actions to counteract the Great Depression. Firstly, he established deposit insurance in 1934. Secondly, he abandoned the use of the gold standard, which allowed the easing of monetary policy and the expansion of the money supply, thus ending deflation (Bernanke, 2013). All of the policies Roosevelt began to implement were part of what became known as the New Deal. Beginning in 1933, the New Deal focused on the economy, banks and farmers in an attempt to strengthen them. In 1935, this was followed with efforts aimed to help the poor and unemployed.

During the Great Recession, the U.S. economy and much of the world’s economy contracted. According to Bernanke (2013), the U.S. GDP fell by more than 5 percent, which meant a fairly deep recession. Unemployment rose to 10 percent putting 8.5 million people out of work. Many countries in the world were in the same situation. What caused the Great Recession? The vulnerabilities of the private and public sectors as well as the excessive indebtedness assumed by the period of Great Moderation (1985-2007) when the economy showed exceptionally stable business cycles.

Private vulnerabilities included the inability of banks to control their own risks, over-reliance on short-term financing and the increasing use of exotic financial instruments. With regard to public vulnerabilities, there was a legal vacuum in the supervision of the financial sector and government sponsorship of companies such as Fannie Mae and Freddie Mac, which were established by the United States Congress to support the housing industry, but operated with many loopholes and no strict rules to control mortgages. There were many exotic mortgages, which were often offered to people with no creditworthiness, low interest rates, long repayments and no backing. In addition, these mortgages were merged with other securities, which were distributed in different places and no one really knew where they were (Bernanke, 2013).

Therefore, a lot of uncertainty was created in the financial markets. There were a whole series of runs which generated enormous pressures on the major financial companies. Among them, Fannie and Freddie were found to be insolvent in September 2008, but were rescued by the Treasury with the approval of the United States Congress. Another affected company was Lehman Brothers which went bankrupt and caused a shock in the financial market (Commercial Papers). AIG, the world’s largest insurance company, is another that came very close to bankruptcy in October 2008, but was rescued by the Federal Reserve.

In December 2008, the conventional monetary policy was exhausted due to the fall of Federal Fund Rate to zero. The economy clearly needed additional support, an unconventional monetary policy, such as “large-scale asset purchase – LSAPs”, long term rates, forward guidance (communication of monetary policy). These policies focused on promoting growth and recovery of the economy. Finally, regulations in the financial area (Dodd-Frank Act) were enacted with the aim of closing the legal gaps that existed previously. (Bernanke, 2013)

The Great Recession also activated fiscal policy as a tool to combat the crisis and stimulate economic activity. During the period 2009-10, increases in public spending and tax cuts were implemented (Ilzetzki, 2011). Similarly, Paul R. Krugman (2009) mentions that fiscal policy can be effective in the spirit of Keynes (1936), which means that increases in public spending or tax cuts can have significant positive effects on production and consumption. This fiscal stimulus is particularly effective when unemployment is high and productivity is low (Parker, 2011).

Furthermore, to counteract the Great Recession, a comprehensive agreement was proposed to support banks and financial institutions with access to Central Bank financing and government capital to restore depositor and investor confidence. Short-term financing (discount window) was provided to banks and the maturity of loans was extended. Also, special liquidity programs and credit facilities were created. In this way, panic was calmed and the institutions and the market were stabilized. (Bernanke, 2013)

COVID-19 is causing a shock to the economy, with devastating consequences for businesses, workers, and the financial sector. Jesse Rothstein, director of the Berkeley Institute for Research on Labor and Employment (IRLE) said that “we are definitely heading for something much deeper than the Great Recession, and comparable to the Great Depression…what we don’t know yet is whether we will be able to react quickly or whether it will last for a decade or more.” Similarly, World Bank economists say that COVID-19 is a unique and unprecedented health and economic crisis, which has gone global in record time, affecting both supply and demand. (Izvorski et al., 2020)

Economically speaking, the main victims of COVID-19 are the Gross Domestic Product (GDP) and employment. According to the Secretary General of the OECD, Ángel Gurría, the pandemic will affect the main economies with a reduction of a third of their GDP and for each month of containment, there will be a loss of 2 percentage points in their annual growth. Likewise, the director of the IMF, Kristalina Georgieva, says that COVID-19 will affect more than 170 countries with negative growth of approximately -3 percent, and the emerging markets and low-income nations, such as Africa, Latin America and part of Asia will be the most impacted.

With respect to unemployment, Christina Romer, an economist from Berkeley, says that a new term is needed to define the type of unemployment that is coming, which will not be a cyclical one (Klein, 2020). The World Economic Outlook reports that the unemployment rate could reach nearly 21 percent. Likewise, the Director General of the International Labor Organization (ILO), Guy Ryder, added that the main sectors affected by COVID-19 will be food and housing; retail and wholesale; business services and administration; and manufacturing, which make up 37.5 percent of world employment. Another sector affected is the financial sector with the fall of the stock markets worldwide. Furthermore, risk aversion” is causing an outflow of capital and depreciation.

According to studies by World Bank economists, COVID-19 has three main effects. The first is the rapid loss of lives, jobs and income. The second, a severe economic recession due to the sudden cessation of economic activity. The third, the large-scale deterioration of the financial and business sector. Acting on all these fronts requires a set of policy instruments in health and social protection, fiscal policy, monetary policy and financial and regulatory policies. These instruments will help attack COVID-19 and thus flatten the curves of the pandemic, recession and the financial sector simultaneously. In addition, the World Bank studies suggest that these measures should be timely, targeted and transparent. (Izvorski et al., 2020)

The economist Jordi Galí of the Pompeu Fabra University, suggests counteracting the COVID-19 economic crisis through helicopter money. Governments should intervene and provide affected companies and self-employed workers with funds to continue paying their salaries and expenses, without increasing their financial liabilities. Such assistance would take the form of a non-refundable transfer during the period of forced inactivity. The direct and non-payable financing by the Central Bank of the additional fiscal transfers is commonly known as helicopter money. This unconventional policy is suggested to be carried out in cases of emergencies, unfortunately, that emergency is now upon us. Therefore, it is time for helicopter money.

With regard to international cooperation, it is suggested that the governments mainly of developing countries act immediately to ask the international community to suspend the payment of debts and to extend massive credit with zero interest rates in order to face the crisis. Similarly, the multilateral development banks such as the World Bank, the Inter-American Development Bank, the Development Bank of Latin America and others should double or triple the amounts of loans to these countries to counteract COVID-19.

If governments do not act quickly and properly, time will run out and COVID-19 will have won the war. Governments have a crucial role to play in this fight which is even greater than the struggle we faced in the Great Depression of the 1930s. Therefore, aggressive and unconventional fiscal, monetary and financial policies are needed because time is against us. We need to work together to win the battle to safeguard the population as a whole.