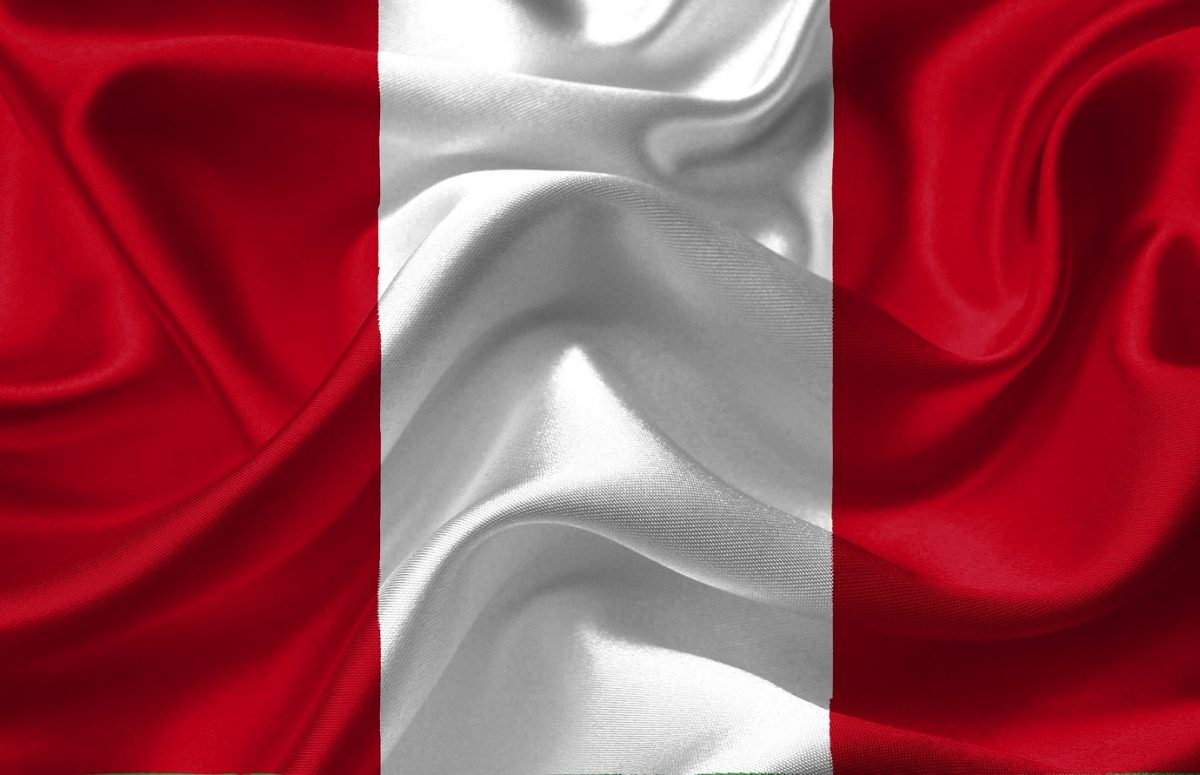 Peru. A devastating pandemic, a deep economic crisis and now, political chaos. This is the panorama that was seen since Monday, November 9th, when President Martin Vizcarra was voted out and impeached, forced to vacate the Presidential seat. The allegations against him were carried by an unpopular and disliked Congress and through a questionable process alleging moral incapacity around him, just five months before general elections are held. After a tumultuous week where governability was at its most uncertain point verging into a coup d’etat, a fed-up protesting population and violent clashes with the police forces, Peru finally sworn in its fourth President in 5 years.

The “democratic” process that allowed President Vizcarra to be ousted is highly doubtful, even though the accusations against him seem possible yet not sufficiently backed by evidence. Hearsay, rumours and screenshots of private conversations were enough for Congress to alleged moral incapacity, an item not defined by the Peruvian Constitution, for President Vizcarra. After this, De Facto President (ex-President of Congress) Manuel Merino de Lama, in a race for the throne, just 13 hours after Vizcarra accepted defeat, was sworn in. A petty Congress, hungry for personal interests and driven by continuous political disputes with President Vizcarra, was the ultimate backstabber, as they did exactly the opposite to put the country’s needs before their own.

The fight for power

Impeaching a Peruvian President, in the last 4 years, has become somewhat of a rule. Manuel Merino de Lama, the De Facto President and leading role in the impeachment process of President Vizcarra, is the third President to be sworn in, and not particularly because he was chosen by popular vote.

The ex-President Martin Vizcarra, was also sworn in at the beginning of 2018 after the last elected President Pedro Pablo Kuczynski, more commonly known as PPK, resigned the Presidency after less than two years in Office. In the general elections of 2016, the party and duo of PPK and Vizcarra were chosen by popular vote, against the opposition group led by Keiko Fujimori, daughter of Alberto Fujimori (popularly know as one of the top 10 most corrupt Presidents of the World). The results of the 2016 elections translated into a fight for power between the Executive (PPK et al.) and the Legislative (Fujimori’s opposition party et al. at Congress), leading PPK to face an impeachment process twice, due to the Construction and Odebrecht involvement scandals, before finally quitting and leaving Vice President Vizcarra in charge.

Until the end of 2019, Vizcarra was ruling completely alone versus a majority opposition Congress that was just blocking and even censuring Ministers that were not agreeing with their Legislative’s “ideas”. Thus, with no political allies nor a supportive party but quite a high popular approval, Vizcarra made quite a lot of enemies in Congress. This led to the decision of dissolution of Congress and call for elections in order to get a new one at the beginning of 2020. However, when it was time for Peruvian to get out and vote for a fresh start away from corruption and instability, it was their indifference and lack of confidence in the system that led to a new highly divided Congress filled with unprepared political individuals, who were not up to the task. “Why vote for one, if they are all the same?” is the common saying you hear in the streets when talking about Peruvian politicians. It’s the popular exhaustion and continuous disappointment that spewed this new Legislative power.

Many unexperienced in public services, and even some with no finalised secondary schooling; Congress was left divided by nine new parties who just did not seem to reach consensus. Although there were a couple of parties who did have the experience, although not the moral grounds. It is important to remark that in order to run for Congress, a politician does not need to have a certain degree of schooling nor to be free of accusations and/or investigations of any alleged crime. Meaning that, for example, if someone is accused of killing their mom, but not charged yet, can still run and be elected for Congress, no matter if they are guilty or not. Then, once that person is elected, she or he cannot be touched nor prosecuted by anyone until the end of their period in power. What is this in legal words? The famous Parliamentary Immunity, also commonly known as the main motivation why anyone wants to be a politician, because it works as a free pass out of jail.

Something that is remarkable is that there are 130 Congress men and women leading the Legislative power, but out of those, at least 68 of them are being investigated or indicted for alleged crimes ranging from money laundering up to murder. It is ironic (and even hypocritical) how this same Congress got together somehow, and voted out President Vizcarra, who was stamping out against deep-rooted corruption, for alleged and baseless suspicions of wrong doings. Vizcarra might have some investigations against him, and whether they are true or not it is up to a judge to decide, but he has never blocked or refused to collaborate and even had already confirmed the upcoming general elections in April 2021, where he was not going to run for a second term. Thus, it raises the question, why was Congress in such a hurry to kick him out? Why not let him finish the next 8 months and do a smooth transition to the next government? Especially with the whole pandemic and economic crisis going on. Was Congress’ true interests motivating this, and if so, what are they? Money, power? Speculations arise.

In many ways what happened that day can be called as a Parliamentary coup, as the Article Nº 117 of the Peruvian Constitution was used and miss-interpreted to whatever Congress wanted it to be. The moral incapacity grounds to which President Vizcarra was ousted and removed from Office was seriously distorted. Congress pledges that they impeached Vizcarra because there was no way a corrupt person can be holding office, and they are right if their intentions are good, but the evidence for their case against him was laughable. Nevertheless, they had won, and now 2 out of the 3 political powers were under one same Congress. The fear for what this meant was palpable.

After Vizcarra accepted defeat and went home that same night, the streets of Peru started to be filled up with thousands of outraged civilians. The most approved President in the history of Peru, with around 75% of popular approval, was just ousted by a Congress who was not even backed by that same amount of people. It was madness in the streets of Peru, people were angry, disappointed, just tired and could not believe this was happening just a few months before the 200th anniversary of Peru’s declaration of Independence. It was a total disrespect and lack of care for the precarious situation in which Peru is right now.

Protests were urged in all the main cities of Peru. There was no fear of Covid-19 anymore, as Congress was stealing the little democracy that was left from its people. Signs screamed for the immediate resignation of the De facto President Merino and its allies, while these last ones were degrading the whole situation and saying “Why are people protesting, I do not understand why, they are being falsely lead.” – said the Prime Minister of Peru’s de facto government.

Every day for 6 straight days, massive protests were held at a national and international level (Peruvians residing in other countries were out in the streets too – Switzerland included). Social media platforms such as Twitter, Instagram and Tiktok were the main driver and channel of information for this situation. Peruvians were not even trusting the news, as many local TV channels had been negating or hiding the reality behind what was happening in the streets, even calling out protesters for being radicals and overreactors. And to make things worse, Government argued that it was extreme left parties fuelling information and even paying people to go out in the streets, while continuing to denigrate protesters, saying they would eventually get tired and just let it go. After that, people just became angrier and more motivated to go on.

Unfortunately, police response was brutal, as the Government (Presidency, Primer Minister and Minister of Interior Order) had apparently told them to fire at will and to spread fear in order to make people back up. Protests that began peacefully in the late afternoon transformed into chaotic rants, which were fought with tear gas cannons (and even a helicopter once), rubber bullets and pellets shot from a short distance, and of course, close range fights. It was a tense and exhausting week that culminated when two young men died from police repression, hundreds were left injured and dozens of protesters disappeared for days.
The morning of November 15th, Manuel Merino de Lama resigned, alone and with no party support whatsoever.

Peru was left with no President, no head of Congress and no hierarchical order for almost two days. The uncertainty of this whole week affected the Peruvian economic market strongly. From a macro perspective, financial markets as we know are highly sensible, to most exogenous and endogenous variables, but also political instability, and even more where the separation of powers disappears. Who would have brought investment to Peru if this situation continued? How could we get out of the recession if people are out fighting Congress? Again, the idea of this being carried away any longer was a scary one.

Congress, on the afternoon of November 16th reached consensus and approved a new directive board. Those on the list would be no one who had voted “yes” in the impeachment of President Vizcarra and with no criminal investigations whatsoever. The list was (very) short, but it eventually led to the new head of Congress, and Interim President of the Republic in the hands of centrist lawmaker, Francisco Sagasti. Appearing to verge into a resolution, Peru swore in (and changed to) its third President in less than 10 days. Sagasti could lead the country back toward stability, because along with his Purple Party they were part of the 19 out of 130 Congress seats to vote against Vizcarra’s removal, which already earns him credibility among protesters who condemned the ousting as a power move.

The government is still weak as they have a lot of work ahead, specially still dealing with a Congress that can use the Constitution as they wish. But there are more pressing inquiries to be checked first. For example, what will happen with Manuel Merino de Lama and his allies, that caused this situation to begin with, and lead people to get hurt and even killed? Many of Congress parties completely left him alone as days went by, which is a sign that Merino was just their scapegoat and got rid of him the moment that the population became angry. But that does not make them less accountable for what happened.

At least, Sagasti’s new government has been welcomed internationally by many other leaders, but more importantly it has given people some hope about the next few months, and how they will remain stable and focused on relieving the pandemic and economic crisis that many are still suffering from. Sagasti’s speech, on the day of his swearing in, was reassuring as he truly understood why people were out in the streets. While inviting the family of the deceased in the protests, he asked for forgiveness in the name of the State, something that is so simple and human, but surprising for Peruvians. Now, protests have calmed down, but people are not forgetful. Peruvians are now aware of how important it is to care about politics, as it is not about indifference or ineffectiveness of the election process anymore, it is about a necessary civil duty in which the future of our country depends on.