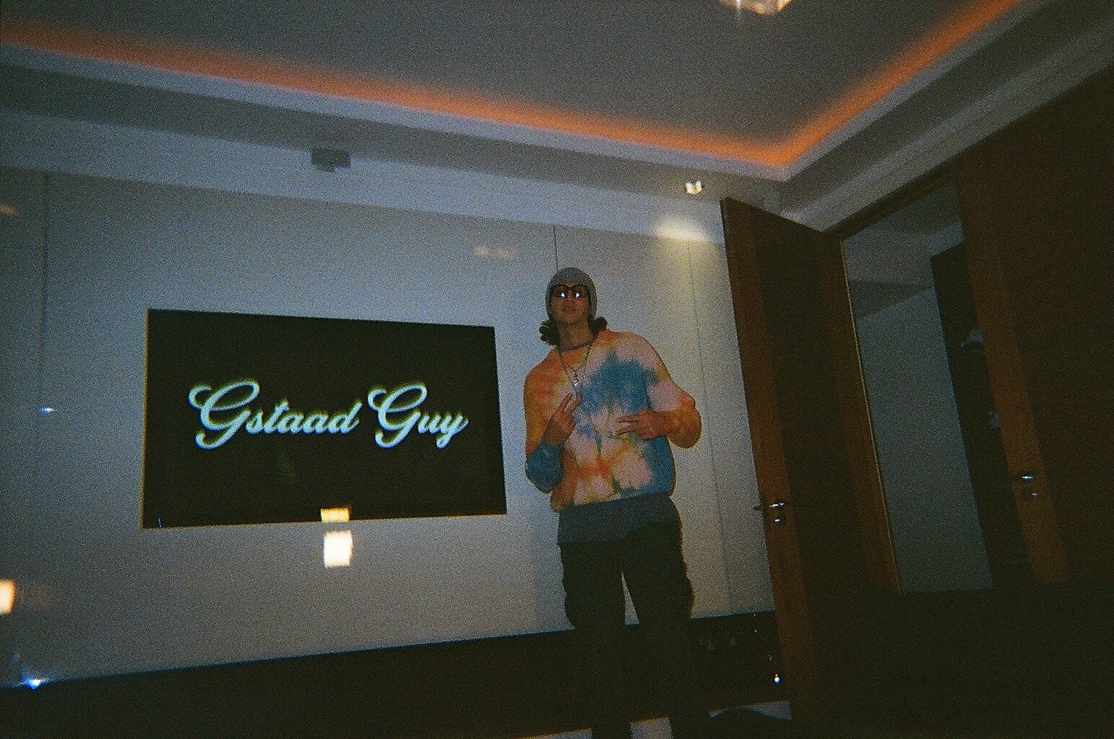 Laughter is the best medicine in which comedy is the main ingredient. Comedy is connection; it’s connecting with the comedian and his sense of humor while also connecting with the world that surrounds us. It’s a form of art that can make serious situations funny, a way to set our minds free from moments that we want to forget. Life can’t always be serious; we all need comedy, and we all need to be following the Gstaad Guy.

The Gstaad Guy is born

“It all started during a period when I was kind of taking a break from social media,” he says to me during a Zoom call.

“I was in Jordan visiting family, and while I was there, I was facetiming a friend of mine who was in Gstaad. He is a lovely guy but sometimes, when in Gstaad, he will be treated like a prince and act like a prince. He was complaining about how his masseuse was late to his house. I thought he sounded ridiculous like you know, ‘is this really something worth complaining about?’ so I started making fun of him and started copying the way he speaks. His mum overheard our conversation, and she told me to tell her son how ridiculous he sounds. Later that evening I was getting ready to go to a dinner and I was dressed pretty formally; I realized that I was dressed just like my friend. So, I took a video of myself using lines I’ve heard him say and I sent it to his mum. She loved it and forwarded it to all her friends. The video then went viral within this community of mums and people in Gstaad. Eventually, it grew beyond Gstaad to other ski towns in Switzerland and then slowly, people in Courchevel, Paris, and London started getting it, and at some point, my dad even received it from a friend of his.”

It’s important to note that at this point, he had never been to Gstaad in his life. The video he took of himself imitating his friend and referring to specific points about Gstaad was soon a huge hit on social media, with famous meme accounts reposting it. Yet, the Gstaad Guy didn’t create his Instagram account right after; on the contrary, he waited a few months and even resisted several temptations from other people, including big Instagram meme accounts begging him to create a page. But finally, one day, he decided that it was time to open an account:

“I was having lunch with some family and friends and someone stops me and says, ‘you’re that guy from the video, you’re the Gstaad Guy,’ and I thought to myself ‘wow, Gstaad Guy that sounds pretty good’ and I decided to create an account. The aim is to ideally make people realize how ridiculous they sound at times and to also make serious situations, where people take themselves too seriously, less serious. Comedy is the best way to someone’s heart.”

The end-to-end process of his videos takes around 8 hours to create and what’s even more impressive is that he does all the editing himself. In less than two years, he already has over 80 thousand followers on his Instagram page.

The three main characters portrayed in his videos are Constance, Colton, and Alfrèd. Constance and Colton are both played by the Gstaad guy, and Alfrèd is played by one of his best friends.

It all started with Constance, the character who has been there since the first video. Constance is a poised, English elite character. With a lifestyle that is over the top.

“I came up with the name for Constance with my dad. I was looking for a name that has pretentious connotations. When you hear the name Constance, you expect that person to behave and act in a certain way,” he tells me.

A year after creating his account, the Gstaad Guy introduced a new character: Colton.

“That character changed a lot for the page,” he admits, “I got a whole new type of audience. It also made it much more fun for me because it added a lot more spice to the videos.”

Colton is the complete opposite of Constance. Everything Colton likes is Constance’s worst nightmare. Colton is an American bad boy who is extremely cool but who doesn’t really care about anything.

“For Colton, I thought it had to have a ‘C’ in the name for it to have a nice flow with Constance. The name ‘Colton’ is American enough, but it also has a level of elegance to it.”

“The name for Alfrèd was inspired by Batman. Alfred is Bruce Wayne’s butler, but Alfred was not Constance enough, so I decided to add an accent to the ‘e’ and make it Alfrèd. It’s a very English name with a French twist to it.”

The Gstaad Guy in real life

What I desperately wanted to know was what the Gstaad Guy is like in real life, away from all the cameras. He definitely has an amazing sense of humor, that’s for sure, a personality that will make you smile and laugh. Watching his videos and seeing how well he plays both characters so perfectly (Colton & Constance), a question pops into my mind; in real life, is he more like Colton or Constance?

“I think I am a bit of both characters,” he tells me, “and I think that a lot of people who can relate to Gstaad Guy relate to both characters. It’s like who your parents want you to be (Constance) and who you want to be (Colton). They’re both fools in their own ways, and they both have a lot of negative. But if I had to choose, I like to think that I have a Constance personality with a Colton style.”

“I went with an events company called ‘ASmallWorld’.” He says. “It was a big shock for me because there were all these things that I’d been speaking about for a year, and actually being there and experiencing them, I felt like I already knew it all so well.”

And what about his top spots to go to in Gstaad?

“My number one favorite spot is the Alpina hotel, then the Loro Piana store, and number three is the Olden.”