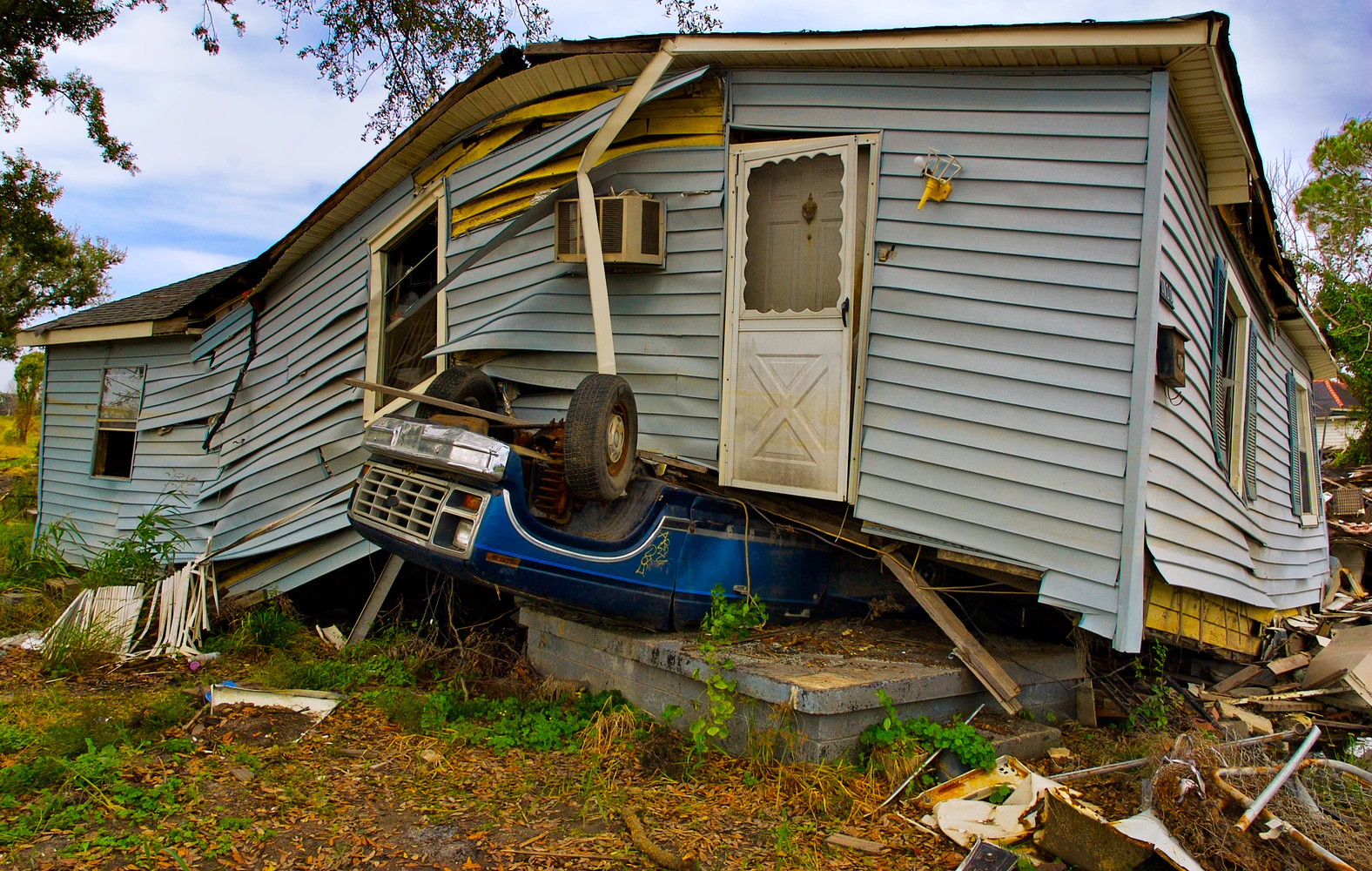 Resilience is not a choice: how natural disasters force resilience in deprived populations

The COVID-19 crisis highlighted the need for individuals as well as populations and communities to develop their resilience and adapt to a worrying unprecedented situation. Despite the unique nature of pandemics as long-lasting issues, diseases outbreaks can be linked to natural disasters, since they are nature-based and cause considerable damage to individuals and communities. What is interesting with natural disasters is that they can often be thought of as events that impact whole populations without regards to race or financial situation. However, the reality is that much inequality arises from political response, as disaster management often prioritize on wealthy communities.

In this context of global concerns on a pandemic that seems to have changed the world in a significant way, it might be time to question the commonly accepted paradigm on resilience in the scientific field. Based on the theories of social capital and on natural disaster management practices, this article aims at warning against the overuse of the term ‘resilience’, which is sometimes nothing more than an inadequate alternative to state interventionism.

What is natural disaster management?

The Oxford English Dictionary defines a natural disaster as a “natural event that causes great damage or loss of life, such as an earthquake, hurricane, or flood.” However, what is missing in such a commonly accepted definition is the impact of these disasters on society and population. Not only do natural disasters hurt people and damage facilities; they also impact the unity of communities and the relations between them and the state. Based on Turner (1976) and Aldrich (2012) definitions, I define natural disaster throughout this article as an event, usually concentrated in time and space, which suspends normal activities and threatens a society or a relatively self-sufficient subdivision of a society, and causes severe, communitywide damage. In the last decades, there has been a shift in the paradigm of natural disasters. While governments and scientist have been trying for long to avoid any type of natural disaster, they have now accepted that these events are unavoidable. Therefore, they aim at mitigating them, rather than avoiding them.

As Moe & Pathranarakul (2006, 398) state, disaster management “involves plans, structures, and arrangements established to engage the normal endeavors of governments, voluntary and private agencies in a comprehensive and coordinated way to respond to the whole spectrum of emergency needs.” Disaster management consists of a three-phases process: mitigation and preparedness, response (which is usually called emergency relief), and recovery (which consists of reconstruction and resilience). First, the mitigation and preparedness phase uses technical innovations to alleviate the effects of a disaster and prepare intervention plans. Examples of technical innovations might be levees that avoid floods or even vaccines against the propagation of an epidemic. Intervention plans include preparing rescue teams with adequate training and sufficient material. Second, the response phase is what is covered mainly by the media. It consists of the field actions of emergency teams who try to relieve local populations, mostly by rescuing people. Third, the recovery phase is the way out of the crisis provoked by the disaster, going back to a ‘new normal’. This phase starts with reconstruction of facilities and ends up with relocated people starting a ‘new life’, having learned from the dangers of natural disasters. At the end of the process, populations are more resilient because they have learnt to deal with critical situations.

What is community resilience?

In its early meaning from the psychological field, the term ‘resilience’ refers to the ability to recover successfully from external stress. From this definition, resilience has evolved and been adopted in several fields. As Chandler (2013, 278) argues, “Resilience concerns societal interrelations.” It is not only an individual situation, but a process that involves the cooperation of a population as a whole. Resilience consists of the capacity to return to a new state of equilibrium after a disruptive event (Fox Gotham and Campanella 2013). Aldrich (2012, 7) defines post-disaster resilience at the community-level as “the ability of a neighborhood, ward, or area […] to weather crises such as disasters and engage in effective and efficient recovery through coordinated efforts and cooperative activities.”

It is thus a socially constructed capacity that is built within a community and helps to return to a ‘new normal’. However, this concept has evolved into a more normative ideal as policymakers increasingly aim at creating resilient populations. Indeed, resilient communities will handle crisis situations in a more efficient way, while needing less state interventionism and therefore reducing government spending. As a form of social determinism, less resilient communities require more help because they cannot organize to find a way out of the crisis, which could have severe unwanted consequences. Governments should be aware that not all communities are able to respond to a natural disaster with resilience, which involves important costs.

The overuse of ‘resilience’ and its impact on neglected populations

If resilient populations handle future natural disasters more efficiently, it is not surprising that some policymakers rely on resilience to avoid expensive state interventionism. When a crisis happen, resilient populations can recover quickly because they adapt easily and efficiently to the new ‘normal’. However, resilience is a social ability that is built within a community, and it can develop only if the population shares the same social capital (Aldrich 2012). For less interrelated communities, such as wealthy neighborhoods, the lack of social capital can easily be replaced by their economic capital, allowing these populations to rebuild after natural disasters. The main problem with this new shift of paradigm on resilience is that it neglects some specific communities: mainly poor, ethnical minorities, who are of no electoral or political interest for policymakers (Bellinger 2016).

Despite resilience has become a global paradigm, this trend creates more important issues for countries with less developed welfare state. In the United States, after being abandoned by their government in the aftermath of Hurricane Katrina, deprived populations of New Orleans called for the end of this overuse of the term ‘resilience’ as an alternative to effectively bringing help and emergency teams to the flooded city (Aldrich and Crook 2008, 379). This disaster is a well-known symbol of failed disaster management in the USA because it highlighted how deprived populations were treated differently than inhabitants of wealthy neighborhoods.

Natural disasters that are not handled well by the people in charge turn into man-made disasters that weaken populations’ trust in elites. As a result, neglected populations that choose to stay (or that cannot leave) find alternative ways out of the crisis, thus becoming more resilient. However, this process increases their understanding of their poor condition and weakens their trust in political powers. This increases inequality and eventually leads to a more fragmented society.

On the other hand, when dealing well with a disaster, resilience is supposed to increase amongst populations because people learn from the crisis and can be better prepared for future similar events. This is the resilience that governments seek because it would, in the long run, decrease public spending for emergency management. However, the costs of preparing a population to become resilient cannot be avoided.

The need for a new paradigm

As long as there is no institutional framework for resilience building, the overuse of ‘resilience’ by policymakers or media will remain an issue. Some populations do not possess the means to become resilient in a positive, learning-oriented way. If they are abandoned by the state, their adaptation has to come from within: they organize, survive and adapt by building resilience on their own. While this might seem like a favorable outcome as the effects of future disasters are likely to be alleviated by the accumulated resilience, it also comes at the cost of an increased inequality, together with a loss of trust in political elites.

Victims of natural disasters will always end up being resilient, because there is no other choice than to accept the situation and to move on. Of course, they might try to resist but they would understand soon enough how useless it is to start riots in areas destroyed by natural disaster and where the state has no significant interest in helping (Dunn Cavelty, Kaufmann and Kristensen 2015). Instead of protesting, these populations would rebuild their houses on their own and the media would later call them ‘resilient’, while telling them to be proud. However, if they are abandoned, this resilience will come at a great cost, and it will be the result of much despair and loss. This is the reason why we need to rethink resilience as a normative ideal. To go back to the crisis of COVID-19 situation, it is important to help the populations that are more vulnerable because of their poor socioeconomic status. Abandonment and hopelessness must not be the way through which we create resilience.

This article is a short input for reflection based on a graded essay (grade: 1, best possible grade on the German scale) for the course “International Security Governance and Resilience” by Dr. Luise Wiuff Moe, University of Hamburg, winter semester 2020-2021. To read the full essay on resilience based on three specific case studies in the USA, please use the contact form.