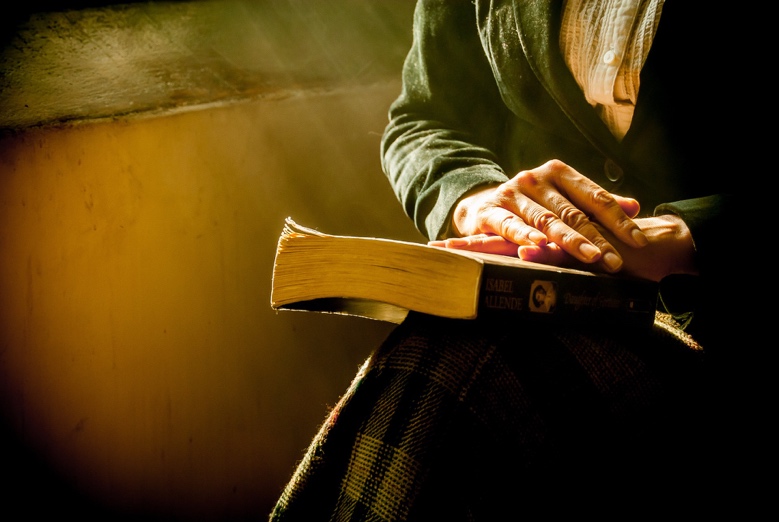 Literature is the art which expresses life and words that appeal to our sense of beauty. There are many writers but few of them can really be considered as artists. One of literature’s greatest genres is the “Bildungsroman”. According to the Oxford English Dictionary, Bildungsroman is “A novel that has as its main theme the formative years or spiritual education of one person.” For centuries however, this idea only seemed to include male protagonists. It was only in the 1970’s that feminist critics tried to use the term “female bildungsroman” for the first time, in order to describe the same transformations that the protagonist faces but from the female’s perspective. “Persuasion” by Jane Austen and “Jane Eyre” by Charlotte Brontë are clear examples of “female Bildungsroman” that defy female conventions in the 19th century. Anne and Jane are portrayed as perfect heroines. Education[1] and ideal womanhood[2] are two important topics that influenced Anne Elliot and Jane Eyre’s identity.

Jane Austen’s novels are often distinguished by the dependence women have on marriage. However, in “Persuasion” she seemed to be able to make her heroine Anne to oppose society in the most gracious way. Anne Elliot is described by many critics as Jane Austen’s most mature heroine. According to Wilkes, “Yet Persuasion, the last novel Austen completed, was often seen as different from its predecessors. It hence challenged the validity of generalizations about her work, and critics’ sense of its novelty led them to try to define the novel’s unusual character, especially its emotional power.” Austen achieves this by sending Anne off against society using her own mature characteristics which are only embraced and developed throughout the novel; Anne’s convictions made her overcome her past mistakes[3] and this pushed her to find her own identity and being who she ought to be.

Despite growing up in a shallow environment, Anne Elliot managed to be educated and nurtured by Lady Russell which allowed her to have a noble perspective of society. Lady Russell persuaded Anne not to marry Captain Wentworth because she thought she was protecting her from a man with no name or money. Anne accepted leaving her principles behind because she was persuaded to believe that it was the right choice to make to obtain a happy ending. “She was persuaded to believe the engagement a wrong thing: indiscreet, improper, hardly capable of success, and not deserving it.” Lady Russell’s advice only portray the imposed characteristics society gave women to obtain the ideal womanhood; submissive, obedient and quiet. However, it is well observed that Anne obtained spiritual growth and learnt from her past mistakes because she stayed true to herself by marrying Captain Wentworth and avoiding any vain and shallow desires.

Charlotte Brontë wrote “Jane Eyre” because she wanted to create a protagonist that defied the image of the ideal Victorian woman. Jane is first introduced as a curious, smart young lady that seeks to learn and that loves to read in Gateshead. After her academic education in Lowood, she starts to develop and grow in ways she has never learnt to do in school. “Prejudices, it is well known, are most difficult to eradicate from the heart whose soil has never been loosened or fertilized by education: they grow there, firm as weeds among stones.” The reader quickly realizes that education was a big part on Jane’s identity. Jane’s personal and spiritual development made her change the way she perceived the world. Being a governess made her face challenging demands, but she overcomes them by staying true to what she believed is right; even though this meant getting herself in unpleasant situations because she occasionally defied conventions by going against society’s standards.

The way male protagonists may overcome any inconvenience may differ from how female protagonists do so. It is clear that the term “Bildungsroman” excludes women because the problems that men faced in the same time period was completely different. This term stays short from the problems and social norms that women in the Victorian era had to endure. This is why in the late 1900’s, feminists tried to create a new term using the genre “Bildungsroman”. Feminists critics have tried to incorporate some of the English classics to the genre “Female Bildungsroman”. They have tried to add to the genre of “Bildungsroman” a woman’s perspective. Carol Lazzaro-Weis uses the idea of Bonnie Hoover Braendlin to explain the author’s desire of finding the character’s personal identity. “It would appear that most critics who use the term “female Bildungsroman” view it as one of the last bastions for the defense of an experientially based feminist critique, one based on the belief in the possibility and necessity of the representation in writing of women’s experience and with the goal of finding a new definition of female identity.” This is an ideal example on how Anne Elliot and Jane Eyre had to go through a personal and social journey to find themselves and discover their personal identity.

Authors like Charlotte Brontë and Jane Austen were surrounded by literary male domination in the 19th century and yet they managed to defy conventions by introducing the social, unexpected experiences that shaped the heroines on both novels. According to Carol Lazzaro-Weis, it is mentioned how the barriers by the male patriarchy towards women are somehow an example of how society do not let women have the same growth as men. “When the term[4] entered the ranks of feminist criticism in the 1970s, it proved most useful in analyzing the ways in which nineteenth- and early twentieth-century women novelists had represented the suppression and defeat of female autonomy, creativity, and maturity by patriarchal gender norms. According to Annis Pratt, the female Bildungsroman demonstrates how society provides women with models for « growing down » instead of « growing up, » as is the case in the male model.” Anne and Jane were also challenged by having to follow specific norms and rules given by society that should have formed their identity. Nevertheless, even though society’s standards were imposed on them, they both grew spiritually and became what they thought an ideal version of an educated woman should be.

Brontë managed to always attain the unexpected with Jane by proving that her heroine was her own hero, and she could be self-sustained. Jane creates her own standards of what an ideal Victorian woman should be like by never trying to change or adapt who she is. Brontë develops this novel as a combination of class and gender and this novel produces social identity which later shows on the main character; proving to correctly correspond to the genre. Brontë set Jane to be an inferior that wanted to change society and by supporting the middle class marriage and by crippling the aristocrat it reproduces the bourgeois.

“Persuasion” and “Jane Eyre” illustrate the complex nature of what a “female Bildungsroman” is. As Carol Lazzaro-Weis pointed out, through centuries women have tried to break the barriers of male limitations in literature. Austen and Brontë, being so exceptionally ahead of their time, managed to make their female heroines “Bildungsroman” as they both find self-identification throughout the novel breaking some of the barriers of the norms stablished by society. Both heroines use education as a development in their personal lives and it is how they manage to defy the standards for the typical Victorian woman. For instance, according to Laura Tracy, “Using her devotion almost as a disguise, Anne could develop herself and still appear to be feminine as she remained unmarried. She could develop both her heart and her mind by reflecting on her own experiences, by observing others without needing to mold her ideas to her husband’s.” Literature can appeal to our emotions and our imagination instead of our intellect; in other words, it is not what the book says but actually it is about what it awakens on us that is lovely. “Persuasion” and “Jane Eyre” not only successfully correspond to the genre of a “female Bildungsroman” but both heroines, Jane and Anne, can be considered to be the perfect heroines. They both go against many conventions set to women in the Victorian era. They create their own standards and their own sense of what an ideal woman should be. It is because of education and their own life experiences that they manage to be their own person and not let any man define them.