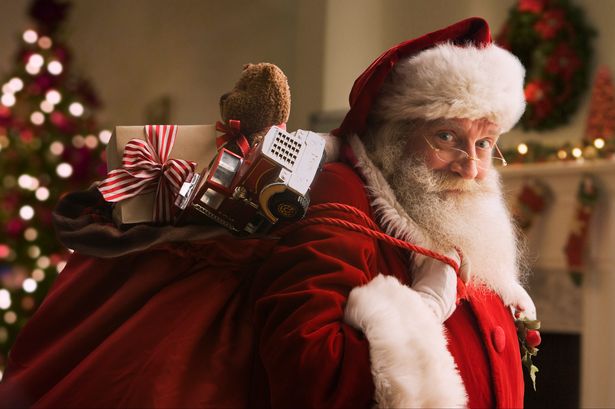 The Economics Behind Christmas

The Business Behind Christmas

For many people around the world, Christmas is joyous celebration between family and friends, the happiest time of the year. Yet behind all of the sentimental Christmas spirit, there is a huge industry comprised of materialistic ideals to spend boundless sums of money for friends and family.

While there still is a prominent Christian foundation to celebrate the birth of Jesus Christ in many parts of the world, over the decades Christmas has commercialized with big business sponsorship. Coca Cola can be thanked for our image of Santa Claus, non-Christian countries have a growing Christmas presence, and people feel obliged to spend a large amount of their salary on presents.

No wonder Christmas season is a peak selling point for retailers. Shop owners expect a 62% increase of sales during just the holiday season.

According to PWC’s 2016 Holiday Outlook, consumers plan to spend 10% more during the holiday period this year than in 2015.  This averages to around $1,121 per person including gifts, entertainment, holiday travel, with a third of that budget to spend just for themselves.

Yet behind the commercial dark sides of Christmas, we love it. We spend hours watching Christmas movies, dressing up as mystical elves or a super-human who can travel across the world to every home in one night, and frequenting holiday events like Christmas Markets and parties.

Contrary to popular belief, Coca Cola did not invent our beloved Santa. The legend of Santa Claus originally began based on a monk named St. Nicholas from modern-day Turkey in 280 A.D. St. Nicholas became known for his altruistic character giving away his wealth to help the poor and sick. He is commemorated and revered among Anglican, Catholic, Lutheran, and Orthodox Christians. The feast day for St. Nick is celebrated on the day of his death, December 6th.

The name Saint Nicholas evolved to Santa Claus from the Dutch nickname, Sinter Nikolaas, or Sinter Klaas for short. In 1809 Washington Irving popularized Sinter Klaas stories in his book The History of New York as the patron Saint of New York City.

Clement Clarke Moore began the story Santa Claus as a “jolly old elf” in his Christmas poem “An Account of a Visit from St. Nicholas”. The poem began many of the stories behind Santa Claus to ascend chimneys with supernatural powers, flying to different homes on Christmas Eve in a “miniature sleigh” led by eight flying reindeer to deliver presents for children around the world. Thomas Nast, the American civil war cartoonist, created the image that we know today with a bright red suit trimmed with white fur, living in the North Pole with a workshop full of elves and his wife Mrs. Claus.

Santa Claus hit stores during the Christmas season through advertisements in the 1840s with even a life-size model of Santa in a Philadelphia shopping mall. Later in the 1890s, the Salvation Army continued the legend of St. Nicholas by dressing up unemployed men in a Santa suit to collect donations on the streets of New York.

Coca Cola popularizing the Santa Claus image in Christmas advertisements. While they were not the first to market Santa Claus on their products during the holiday season, the created a constant image of Santa, wearing the red suit Thomas Nast envisioned, since the 1920s. Fred Mizen drew Santa Claus drinking a bottle of Coke featuring the world’s largest soda fountain located in the department store Famous Barr in St. Louis, Missouri.

Coca Cola continued to portray Santa Claus in the holiday advertisements, bringing presents to children, for whom we can thank the global awareness of Santa Claus’ likeness.

Christmas Around the World

How is Christmas celebrated across the world? Although there are certainly many cultural differences that make this global celebration unique to each country, there are surprising quite a lot of similarities when we focus on just the essentials of Christmas. Who celebrates it? Who decorates? What are big business influence on the holiday? And is it religious?

Check out the Christmas Slideshow where individuals from countries all over the world respond to the same six questions.