The jobless tomorrow of mankind

You wake up on a Tuesday morning. You’re still in a semi-unconscious state. You ask Sophia for the time in a quite inaudible manner. “It’s 10 am and it’s a wonderful day”, it replies with great enthusiasm. A feeling of complete stress kicks in. “Oh no!”, you think to yourself, “Late for work…”. But suddenly, you remember the day before. No, you’re not late for work. Poor you… you actually don’t have a work, anymore. You feel a bitter happiness. You can finally sleep in as you wish. “But”, you mourn, “what am I going to do now?!”.

You get up and go to the terrace. The view from your penthouse is amazing. After all, you were one of the few remaining persons with a job! The sun shines too bright and hurts your eyes. So you head back inside. “Coffee”, you shout and go to the bathroom. You brush your teeth yourself. What an unusual act for this age? Suddenly, you feel irritated by all these new little gadgets that even do the easiest stuff for you. You’re blessed that you’ve found an old-fashioned brush at the “Old Days Remembrance Club” you went to for the first time in your life, last night. You leave for the kitchen and sit at the table. Your coffee is served, the toasted egg is ready and Sophia wants to know whether you need something else. You take a sip. “How are you feeling today?”, asks the sophisticated robot. You look in the “eyes” of this humanly looking bunch of complexity, whose peers replaced you recently. “Jobless… and aimless”, you whisper.

In my previous article, I mentioned that work is a corner stone for today’s social order. Our societies are constructed in such a manner that whether you work and what kind of work you do, determine a lot about your status. However, work does not only have an impact on the latter, but also on how you live and what you live for. I will, nevertheless, not enter this minefield of controversies since the question this article aims to examine is different. The point that I try to make is that people have the urge to engage in some kind of “purposeful” activity, and work, by keeping us busy, does exactly that. For instance, an average Swiss citizen is active for 42.4 years, works approximately 41.33 hours per week and goes on leave for 5.1 weeks in a year. This average Swiss citizen, thus, spends about 82’432 hours of his life at work.

Now, imagine a world in which this person does not have a “work” anymore to fill in his 82’432 hours. Imagine a world where none or most of us don’t. What will we, the jobless masses, do? Go crazy? And, more importantly, what will keep us together? RoboCops? These questions might seem absurd at first glance. Add a couple of billions of people to the equation, and think once more.

Yuval Noah Harari from the Hebrew University of Jerusalem legitimately asks the same questions. He fears that “we might witness the creation of a massive new unworking class consisting of people with no economic, political or even artistic value (we cannot have 7 billion artists in the world, can we?), who contribute nothing to the prosperity, power and glory of society”. He calls this class of people the “useless class” (not unemployed but unemployable). He then continues by underlining that these people do have a value from a moral point of view and need to be given a place in the new emerging society.

“The problem could deliver its’ own solution”, he thinks, “video games might perfectly do the job!”. He argues that new technologies will enable us to offer more and more refined 3D virtual reality worlds, which provide far more excitement and emotional engagement than the “real world” outside (imagine a “true” Pokémon experience or some kind of Westworld). 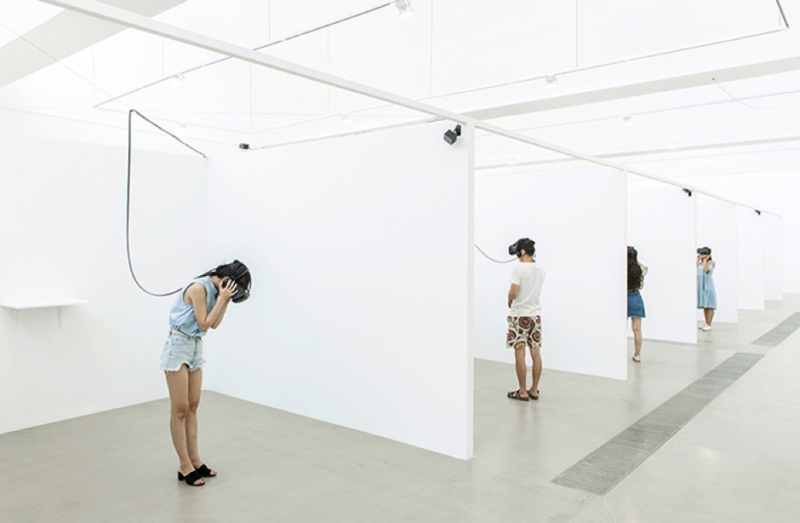 Firstly, and in order to fully apprehend this idea, one needs to admit that there is actually no such thing as an objective reality in our “worlds”. Everything we see and perceive goes through a set of filters, which then form our appreciation and vision of life. For instance, the Kaaba (the most sacred Islamic site) does not have the same meaning for a non-Muslim as for a Muslim. In fact, for a non-Muslim, this site represents a touristic/historical value only. Therefore, one can deduct from this that the purposefulness of an activity completely depends on how the society and/or the individual perceives it. Secondly, if an activity becomes purposeful, it will generate meaning. This implies that meaning is subject to perception and imagination as well. Therefore, all meaning is fictional.

Based on these thoughts, Harari likes to compare his solution to religions. “What is a religion if not a big virtual reality game played by millions of people together?”, he asks. Without questioning the merits of any religion, I believe that there is a fair share of truth in this question: religions are “systems wherein you try to earn points; if by the end of your life you gain enough points, then after you die you go to the next level (aka heaven)”. Harari adds secular ideologies and lifestyles to this comparison as well. “Consumerism, too, is a virtual reality game”, he argues, “You gain points by acquiring new cars, buying expensive brands and taking vacations abroad, and if you have more points than everybody else, you tell yourself that you won the game”.

To conclude, what really matters is that people remain engaged in activities which keep them busy and provide them with some kind of purpose. In the end, the real action always takes place inside the human brain. So, does it matter with what you stimulate the neurons?

BONUS: Will a robot take your job? Check out the likelihood on BBC’s interactive tool here.