From hyperinflation reaching ridiculously high numbers, the rise of unemployment leading to massive migrations to neighboring countries, and the aggressive clashes between officials and citizens, those are just some of the problems Venezuelans are dealing with and that describes the delicate situation they are at the moment. From a Latin American perspective, this situation has gone further than expected and has become one of the worst crisis in the continent’s modern history. But how did, once the richest country in Latin America, got to this point? And most importantly, how is this situation affecting the Venezuelan population?

Venezuela sits on the largest oil reserve of the planet. During the second half of the 20th century, this country saw its wealth rise due to the world’s demand of this abundant resource, helping to boost its economic growth. Depending mainly on oil revenues puts the economy in a vulnerable position, because when a drop in oil prices occurs, the country is seriously affected.

Hugo Chávez, by then leader of the United Socialist Party of Venezuela (PSUV), won the popular vote in 1998 and became president, with the promise of a modern socialist economic system that redistributes the nation’s wealth, writing a new Constitution to end political corruption, and eradicating the social breach that existed at the time. In order to do this, he adopted a mechanism of strong public expenditure to support his social welfare programs, such as an increase of pensions, a setting of low domestic gasoline prices, and reallocation of oil’s revenues to people in need. Furthermore, he decided to nationalize companies of first necessity products to ensure an equitable supply of goods, such as toilet paper, milk, oil, flour and others. This caused a bleed out of resources that were crucial to the nations funds and investments, producing a spiral fall into an unsustainable system. Chavez continued as president until he died in 2013 after a battle with cancer.

Chavez’s chosen successor, Nicolás Maduro, held elections 30 days after his passing and won by a tight margin of 1.5% against opposition leader Henrique Capriles. Maduro guaranteed to keep the late president’s promises to ensure continuity, but this time the popular support was not as strong as in Chavez’s time. 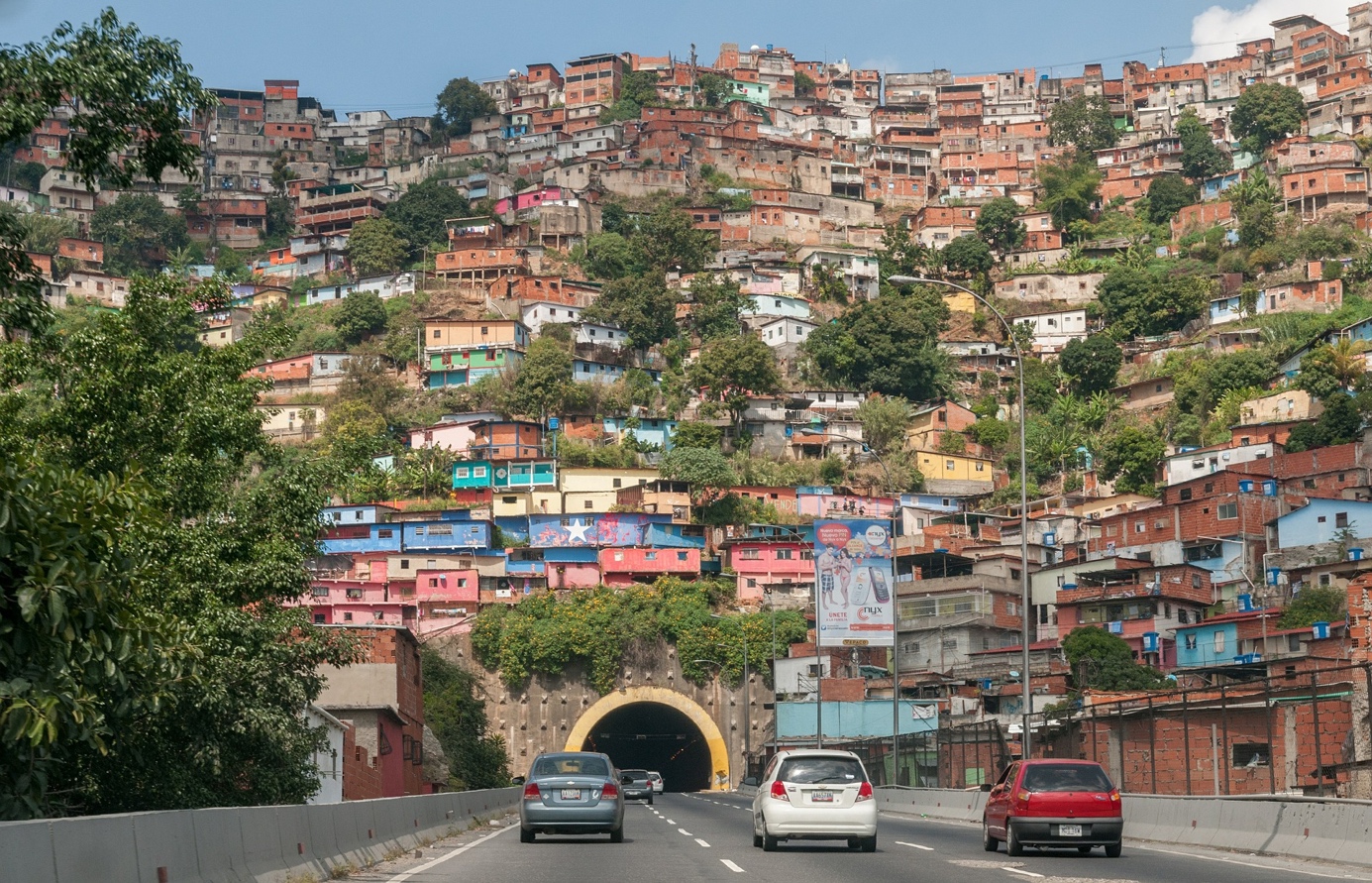 Maduro entered the scenario with a decaying oil market. According to the Organization of the Petroleum Exporting Countries, by 2014 the price of barrel of oil went from more than $100 US to less than $30 US in 2016, a very strong fall for Venezuela’s economy. Its situation worsened when investors backed up due to fear of default. Thus, the sustenance of most social programs from Chavez’s administration, such as food subsidy, health care funding and others, declined and shortages started to appear in different sectors causing an increase in general prices.

Hyperinflation debuted in 2017, when a 56.7% rate was recorded monthly. Then mid-2018, in an attempt to control the rising inflation Maduro called for a delete of 5 zeros from their currency (the bolivars), a risky move given that hyperinflation was already emplaced. By the end of 2018 it had surpassed the 1’000’000% rate according to the IMF. He also tried to control general prices, which means limiting exports and imports, but many local companies had to close down due to the low revenues and other products arriving to the ports from abroad, could not enter the country and thus scarcity spread across the nation.

Venezuelan population is struggling with the crisis.

Unemployment is on the rise with a 33.3% rate and a minimum wage that that has been increased 26 times since Maduro’s administration began in 2013. The current monthly minimum wage is around 18’000 bolivars equivalent to $20.9 US. Meaning that the few Venezuelans who are indeed working are doing it in extreme poverty conditions according to the United Nations standards, which sets a $1.20 US daily wage to be living in near misery conditions.

This situation has left the population with an impossibility to purchase food, in average they have lost around 11kg of weight, as prices double every 20 days. Also due to the lack of medicines and vaccines, children mortality has risen to 21.1 deaths per 1’000 births. And many other Venezuelans have left the country in a desperate attempt to find better living conditions. According to the International Organization of Migration, since 2014 more than 3’000’000 Venezuelans have fled to regional countries, constraining the resources of receiving nations such as Colombia, Peru and Ecuador.

By the beginning of 2019 a new election was launched, Maduro won again. This time the opposition’s leader and president of the National Assembly, Juan Guaidó, self-proclaimed as the interim president of Venezuela after accusing the elections as illegitimate, and around 50 other countries backed him up, including the United States.

So, now Venezuela is divided in two, with thousands of Venezuelans out to the streets, putting their lives at risk, protesting and begging for a change against the military forces. Others trying to cross the guarded borders. And for those who are staying, they try to deal with the empty supermarkets, power outtakes and a monetary volatility that seem unstoppable.