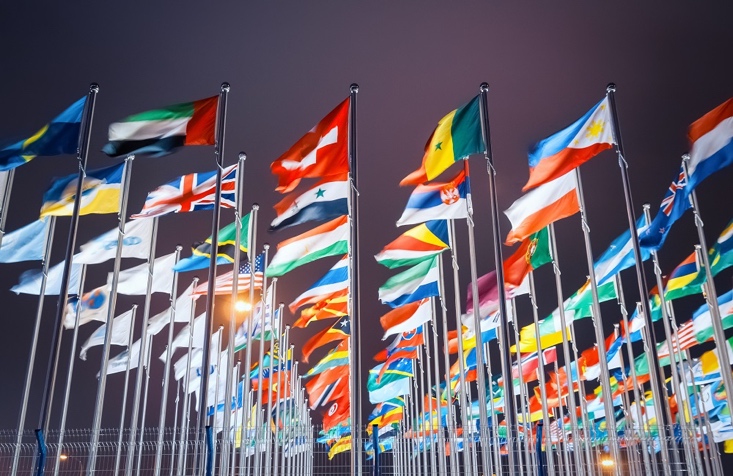 The Decline of Multilateralism in the 21st Century

Multilateralism and the hegemonic state are the terms that are significant to analyze today’s international system issues. Gramsci defines hegemony as the « cultural, moral, and ideological » leadership of a group over other allied and subaltern groups. The way that this leadership is exercised, however, is not only in the superstructure, or in Croce’s terms, is not only ethical-political. It also needs to be economic and built on the role that a leader has in the core of economic activity. And it must facilitate both coercion and consent.[1] Multilateralism, on the other hand, is a mechanism for coordinating international action. Accordingly, multilateralism entails adhering to a shared political project based on a shared system of values, including consultation, inclusion, and solidarity.

Over much of the second half of the 20th century and the beginning of the 21st century, the US acted as a benevolent hegemon to promote the multilateral system and Western universalism. Although multilateralism was universal, it remained a hybrid system of managed competition where major powers exerted a disproportionate influence, in the United Nations Security Council (UNSC) for instance. From that day to this, it is hard to say that the multilateral international system that is under the control of one hegemonic state was efficiently working and was sufficient to solve global-scale problems. Inversely, the system itself was causing problems instead of solving them.

Today, the world is fragmenting again after decades of globalization and integration, perhaps most evident in the return of unilateral sanctions, geopolitics, protectionism, treaty withdrawals, and even military and economic coercion. With the United States’ challenge, Russia’s return, and China’s growing claim to be an antiliberal power, the multilateral system is shaken both in its operational capacity and its foundations. The hegemony of the USA over the world has been shrinking for almost a decade. President Donald Trump’s famous slogan ‘Make America Great Again’ indicated that the US would pursue more isolated policies. This incident would be considered a big change in the global arena if we recall how the USA started to compete to become the protector of the world after World War II. With all other parameters, the cost of being a protector maybe was no longer worthwhile for her when there was a challenging competitor who was about to be born in Eastern Asia. As China is enjoying its ‘’miracle’’, she has established parallel governance arrangements such as the Shanghai Cooperation Organisation and the China Development Bank to bend the multilateral system towards its interests. There is a trade war looming between the US and China, and the G8 has shrunk to the G7. Additionally, the National Security Strategy of the USA was focusing more on the ‘Rise of China’ rather than other global issues that she believed she was responsible for.

Besides this, the competition between European Allies came to the forefront. The European Union, traditionally a champion of multilateralism, is divided internally and losing influence in the international arena. Brexit showed another example of a country that pursued isolation policies. Thus, Great Britain proved that her interests are more valuable than the common interests of the Allies. More than that, the EU started to consider divorcing its historical ally: the US. This is because Russia and China offer seductive proposals of cooperation, especially with its lower prices energy and telecommunication. Those two rivals of the US are trying to dissuade Europe to separate from the US gradually. The growing economic dependency of Germany on China is one of the important reasons for Germany’s distraction from the US. As for France, Europe’s dependency on the US has become a threat to its autonomy. Therefore, she thinks the EU should have its own defense cooperation rather than relying on NATO. Such that, President Emmanuel Macron is insisting at every turn that the creation of the European Intervention Initiative is crucial for European strategic autonomy. Most notably, he believes that Europe cannot rely more on America’s defense system when referring to NATO’s ‘’brain death’’. One can say that the isolation policies of the USA cause its Allies to be in quest of new partners by making their way.

All these events undermine the principles of the multilateral international system and make it difficult to overcome global challenges. In recent years, the international system has been marked by a series of crises that have shown to not be bound by national borders and to spread quickly. Today, no State is able to address matters such as migration and climate change alone. Globalization and the development of artificial intelligence will lead to new challenges in the near future that can’t be solved at the national level. By creating an inclusive and coherent international system, multilateralism helps maintain and consolidate peace. To conclude, a multilateral approach is of great importance both for the 21st century and for the centuries to come. As the world enters a new transition, mutual trust among the actors will become increasingly important.