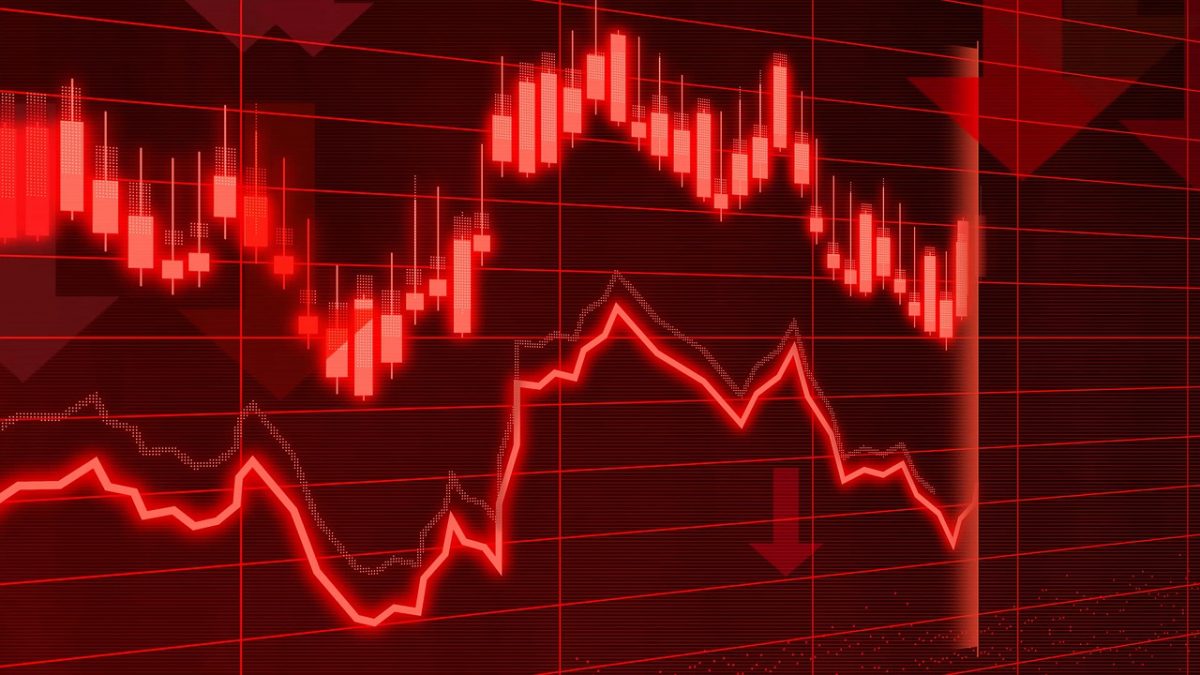 Help! The yield curve has inverted

What does a yield curve inversion mean?

What we call the yield curve is the curve that plots the yields, the returns, of bonds (US government bonds here) as a function of the maturity dates of the corresponding bonds. In this plot, maturity dates are plotted on the horizontal axis and their corresponding yields on the vertical axis. The yield curve is under ordinary conditions supposed to be upward sloping (since higher maturities lead to higher yields), because investors require higher yields in exchange for the cost of holding these bonds for longer periods of times, and to not be able to use their money invested in the bond for longer.

However, the yield curve is not always perfectly upward sloping: it might have flattish parts or some portions of it could even be downwards sloping. The scenario in which the yield curve is downward sloping, which is also a fancy way to say the short term yields are higher than their long-term counterparts, is often considered as an indicator of recession by reflecting the negative view of bond investors of the economy. The most intuitive explanation behind this would be that in times of crisis, investors foresee that the economy will be doing bad, and in order to protect themselves buy long-term bonds, which pushes the price of the long-term bonds up and makes the yield go down. Another way to see it is that investors will think that in the future, short term yields will go down because the central bank will decrease the interest rates in order to stimulate economic growth. As a consequence, they will aggressively buy long term bonds today to avoid suffering from lower short-term maturity yields in the future.

When talking about yield curve inversion, we could be mentioning many different parts of the yield curve. But here, the mentioned one is mostly the portion between 2 years and 10 years maturity. After an inversion in 2019, the yield curve inverted for a brief period of time in late March for the first time and came back to normal shortly after. Even though we call that situation normal because the spread between the 10-year and 2-year bond yield is positive, the difference is still very small, and the yield curve is almost flat in this area. According to our past experiences, the signal is already given by the inversion and the recession might be coming. All the six last recessions (2019 Covid, 2008 Subprime and so on) were all preceded by the inversion of the yield curve. Since 1900 the yield curve has inverted 28 times and it hasn’t necessarily led to a recession. But the number of predicted recessions were still unbelievably quite high: 22 recessions out of 28 inversions. Usually, recessions occur after a timeframe between 6-24 months. So what happened lately would maybe suggest that we should expect a recession to arrive in a near future.

Maybe not this time?

According to some economists, this is just a false alarm. Most of the time, people see this phenomenon as a signal that economy is doing poorly, but it is mostly a reflection of the expectations of the bond investors. This time might not be like the other times, because the Fed is actually manipulating the yield curve by buying large amounts of bonds (quantitative easing). The Fed is holding a very large part of the treasury bonds today. That suggests that the yield curve might be distorted by actions of the Fed and does not purely represent the view of the investors about the economy.

Another aspect to consider is that the recent inversions were too short and unsurprisingly, it is the longer inversions that predict recessions better. So far, we have had very punctual inversions, and inversions that last for a day or even a week could be seen as exceptions, as it happened in 1998, when the inversion was not followed by a recession.

One thing that might discredit the yield curve inversion as a recession predictor —and makes us think this phenomenon’s success might be pure out of luck– is the prediction of the recession in 2020 due to the pandemic. There is no way investors could have predicted a recession due to Covid during a time when the name of the virus was not even heard of. However, it is impossible for us to know if a recession would have happened or not if the pandemic had never exploded back then.

There are also other metrics to consider, such as job growth, retail sales, real disposable income and industrial production. These metrics are not necessarily signaling a recession for the moment.

This yield curve inversion could be a false signal this time, as many people say the situation is different for this case. Yet, these arguments were also made before the last recessions. Despite everything, the yield curve inversion still remains a mysterious phenomenon, and only time will show us if the US will go through a recession or not during the following months.