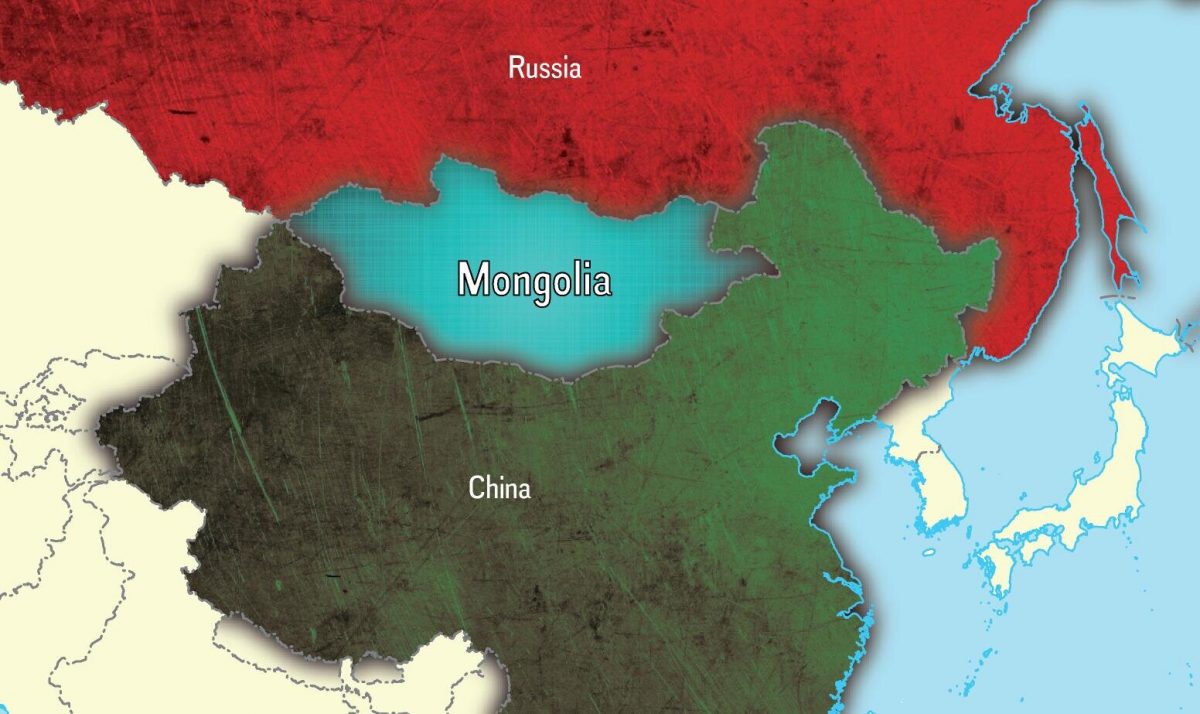 Landlocked Mongolia has been involved in both secret struggle and cooperation with Russia and China throughout history. Mongolia has perceived China as a threat in the past as it is today. In Mongolia’s view, the most important threats were Chinese population influxes and ambitious Chinese leaders’ thoughts of annexing Mongolia. Meanwhile, Mongolia also shares a border with the Russian Federation. Mongols, however, consider the Russians less threatening than the Chinese.

The Inner Mongolia region, which was part of China between the mid-17th and early 20th centuries, has approximately twice as many Mongolians as in Mongolia today. In October 1945, under the auspices of the United Nations, Mongolia held a referendum to gain independence as part of the Yalta Conference agreement. As a result, Mongolia declared its independence with a high majority. Upon the recognition of Mongolia by China in January 1946, a friendship agreement between the two countries was signed. The bilateral diplomatic relations between Beijing and Ulan Bator were established in 1949. Moreover, it can be said that these relations are an ideal example of bilateral relations between neighboring countries. Today, the relationship between China and Mongolia is dynamic and developing in all aspects: cultural, economic, political, and tourism. The Belt and Road Initiative has a significant role to play in carrying these relations forward. As of 2014, China upgraded its « strategic partnership » with Mongolia to a « comprehensive strategic partnership ». A key objective of this partnership is to increase economic, political, and security-related cooperation. In recent years, Mongolia has also developed its ties with other countries on an economic and political level. Today, Mongolia considers Türkiye, Japan, USA, European Union, India and South Korea as a ‘third neighbor’’. This « third neighbor » policy aims to balance growing influence of China and Russia and protect Mongolia’s independence by strengthening relations with other countries.

There is a huge difference between Mongolia and China in terms of the demographics and economy. Mongolia’s population is less than 4 million and China’s population is 1.4 billion. Moreover, based on World Bank’s data, Mongolia’s GDP was recorded as 15.1 billion USD, while China’s GDP was recorded as 17.73 trillion USD in 2021. The Mongolian economy depends heavily on foreign trade. According to 2021 data[1], Mongolian foreign trade rate in GDP was 120.14%. Over the past few years, Mongolia’s exports to China accounted for around 70 – 90 percent. In 2020, Mongolia imported 7.7 million USD[2] worth of goods to China, with mining products making up 93 percent of total imports. Compared to 2020, China – Mongolia trade volume has increased by 38 percent in 2021 – 2.8 billion USD. Mining revenues have not declined significantly despite a decrease in trade volumes due to high commodity prices at international markets. In 2021, Mongolia’s imports from China increased by 31 percent. The export product types and market places of China, which ranks second in the world economy in GDP, and Mongolia, intersect to a very small extent. Thus, the trade competition between China and Mongolia is weak. In addition, considering that the product types are complementary to each other, bilateral trade creates more advantages.

Due to its important role in the Belt and Road Initiative, Mongolia seeks to strengthen economic and trade cooperation with China. This project, and especially the construction of the China-Mongolia-Russia economic corridor, has the potential of deepening economic cooperation in terms of regional economic integration. Also, the Chinese government has pledged to invest 1.25 trillion USD in Mongolian mineral deposits in 2025 and launch 32 new projects in Mongolia to enhance the connection between the « Belt and Road » and the « Steppe Silk Road ».

Mongolia has military diplomacy relations with the USA, Japan, Germany and 30 other countries. Over the past decade, Mongolia has modernized its army and defence systems thanks to international economic support, and has hosted and participated in numerous multinational military exercise to improve its peacekeeping capabilities. A total of 1000 soldiers from Australia, Canada, France, Germany, Japan, India, Nepal, South Korea, Tajikistan, United Kingdom, USA and Vietnam participated in Mongolia’s 2013 Khaan Quest military exercise. Moreover, China,

Russia, Türkiye and Kazakhstan took part in the exercise as observer countries. After the Khaan Quest military exercise, the Mongolian army conducted two separate exercises with the Chinese and Russian armed forces. Also, Mongolia participated in the Vostok military operation in 2018, a joint military execise organised by China and Russia.

In response to the first case of Covid-19 in the country, the Mongolian government closed its border with China and cancelled international flights. These measures have reduced coal imports of China by 30% compared to 2019. Furthermore, Mongolia’s crude oil exports to China has reduced from 6-8 million barrels per year to 1.83 million barrels in 2020. After the borders were reopened in May, the trade ratio of coal and crude oil between the two countries returned to its previous level. To show its support, Mongolia donated 30,000 sheep to its neighbor China after the start of the pandemic. The sheep diplomacy has helped improve the image of Mongolian President Haltmaagiyn Battulga in China, who won the elections with anti-China rhetoric. As a response to this gesture, China donated 300,000 doses of vaccine to Mongolia as part of its vaccine diplomacy. During a telephone conversation with Mongolian Foreign Minister Batmunkh Battsetseg on February 24, 2021, Chinese Foreign Minister Wang Yi mentioned that he values good neighborly and friendly relations with Mongolia. Yi also stated that “…the Belt and Road Initiative and Mongolia’s development should be synergized and cooperation areas expanded to offset the pandemic’s losses…”.

To conclude, for China, today’s Eurasian economic scenario is heavily influenced by the Belt and Road Initiative cooperation. Mongolia has a strategic role in this project and its development is linked to maintaining the project successfully as well as for the regional stability.