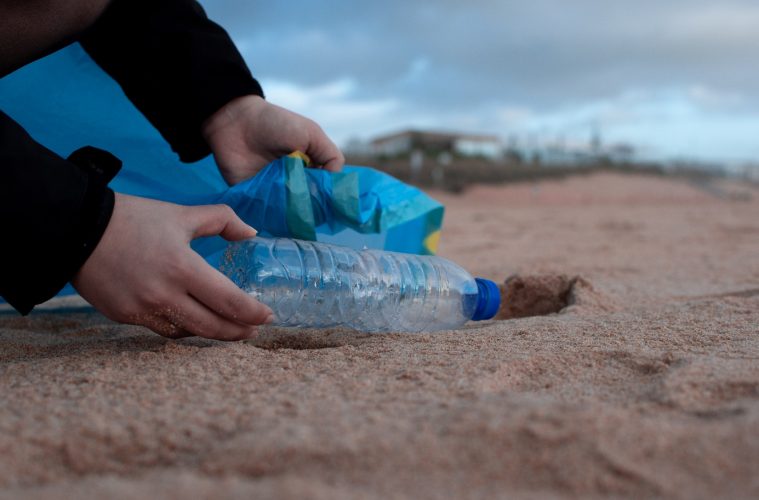 Why are we still buying bottled water?

Disclaimer: This article, while heavily focused on the USA for reasons of availability of statistics, is not US exclusive. Similar trends are observed in the EU, and the reader should not feel disconnected from the discussion. While I already studied this subject in the past, it has been an eye-opener to research it and write it. I encourage every reader to question their behavior and consumption habits. Stay hydrated.

Access to clean water and sanitation is recognized as a human right by the United Nations, yet that right is still a privilege reserved to the wealthiest. In 2015, all member-states of the UN adopted the Sustainable Development Goals or SDGs, a plan in 17 objectives designed to eradicate poverty, gender discriminations and fight climate change among many others with the aim of creating a better, more equal society. 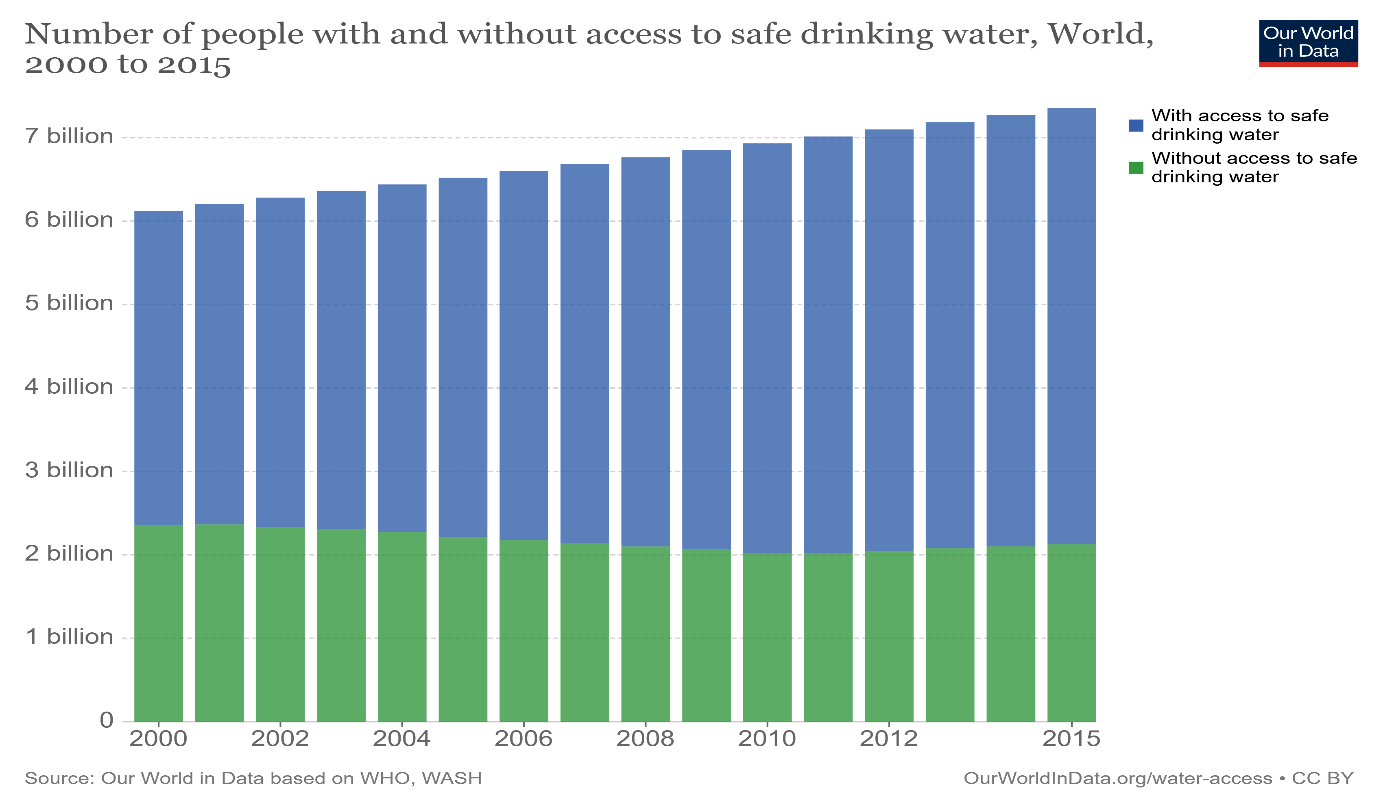 As one may suspect, most of those 29% (approximately 2.2 billion people) live in low- or middle-income countries. As the map below shows, the Western World has already achieved 99+% of clean water access while the developed world still struggles to catch up. 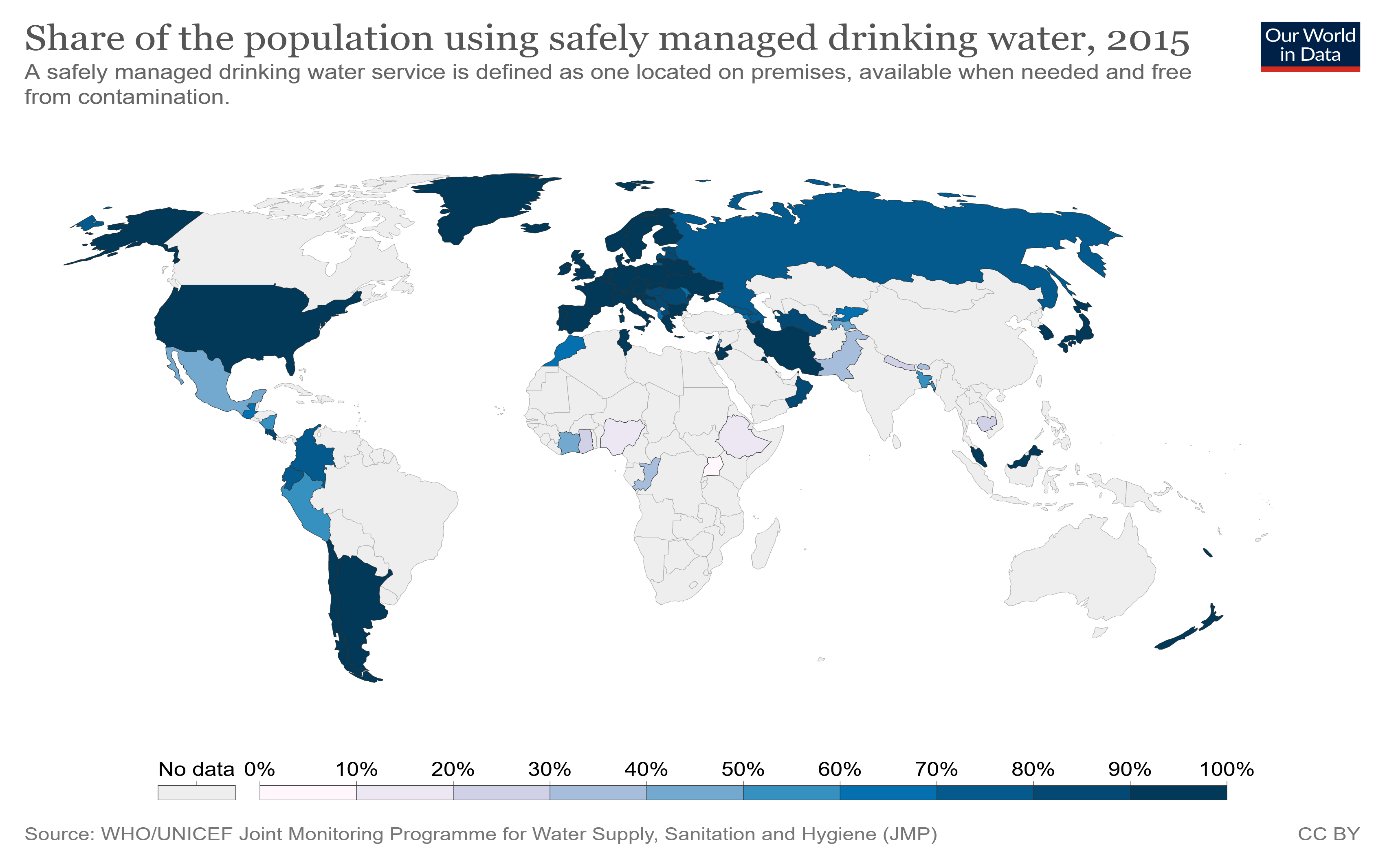 Once you take these numbers into consideration, it should come as a surprise that the developed world still spends money on bottled water, yet they do, and increasingly so. In 2019, Americans consumed 3.6% more water coming from bottles, revenues from manufacturers grew 5.2% and per capita consumption increased by 3.1% compared to 2018. In Switzerland, the average citizen buys 127 liters of water a year. While it is true that this trend is mostly due to a shift from soda and sugary drinks due to consumer health concerns, we would expect people to phase out of bottles and favor tap water.

Fun fact: did you know that bottled water is a great low-calorie alternative to tap water?

So where does this discrepancy come from? Multiple explanations exist, but the two most common are the safety concern and the question of taste. Taste is entirely subjective, but that does not keep this claim from being flimsy at best. In the US, about 64% of bottled water sold comes from the same source as public tap water. That is in addition to the fact that people are unable to tell the difference during blind tests. If you don’t like the taste of your tap water, chances are you’re already drinking it without knowing.

As for the safety concern, it does not hold much ground either. It is true that even in high-income countries, some regions are affected by pollution in the water supply, such as in Vaud and Bern earlier this year or the extreme case of Flint, Michigan, but cases of microplastics found in bottled water have been documented. Their frequency as well as the plastic concentration is greater than that of tap water. Microplastic not being the only undesirable substance found in water, we cannot on this fact alone conclude that tap water is universally safer than bottles, but in no case can we conclude that it is not.

In addition to having no objective advantage over tap water, bottled water has at least two significant downsides: pollution and costs.

Bottled water companies do not produce the water, they produce the bottle, and that bottle is extremely polluting. If you take into account the total manufacturing process and transportation of the product, it is approximately 1100 to 2000 more energy intensive than tap water. As for the use of water, if you count the spillage during the manufacturing process, the water needed for the production of the bottle and of course the water in the bottle, producing a one-liter bottle uses 5.4 liters of water. The bottle will unfortunately rarely get recycled (thanks to companies’ efforts to push back against efforts to fight plastic pollution) : of the 4 billion PET bottles produced in the US in 2016, only 30% were recycled, the others ending up incinerated, in landfills or directly in the water system to deposit more microplastics that will pollute bottled water even more (if you squint your eyes a little, you can almost see the irony here).

The last argument, the one that is most likely to incentivize a change in behavior is that of the cost. In Switzerland, a liter of bottled water costs from 20 cents to 90 cents, while the cost of tap water is 0.2 cent. That means that tap water is between 100 and 450 times cheaper than bottled water.

Each year we spend 238.5 billion dollars buying bottled water, that number is expected to grow to 268 billion by 2026. A World Bank study estimated that achieved SDG goals 6.1 and 6.2 (that is, “Safe and affordable drinking water” and “End open defecation and provide access to sanitation and hygiene”), would cost an average of 114 billion dollars per year, not counting operational and maintenance costs. While the comparison is somehow dishonest (the money spent on bottled water is held by individuals and the money needed to achieve access to clean water should come from governments and international institutions) the comparison goes on to show that as a society, we have to resources to guarantee everyone on earth their unconditional right to clean water and achieve better societal outcomes.

Despite all of its flaws, the bottled water industry still has a place in our society. In regions with poor access to clean water, it is the only alternative for the population while we invest in better infrastructures. It also has its place in more developed countries: it is one of the main commodities distributed after a natural disaster and is capital if the public water supply were to fail. As far as developed countries are concerned, bottled water should therefore be treated not as a commodity, but as emergency supply.

This article is by no mean a comprehensive look at a very complex problem, we did not study in depth the multiple accusations against Nestlé and their dubious or even illegal activities here, here or here [here’s a list of all of Nestlé’s brand if you want to stop supporting them], the case of FIJI Waters’ greenwashing campaign or the outrageous case of Manor selling water that was collected from a melting glacier 10’000 kilometers away from Switzerland, a country whose water is of the purest and most abundant in the world. All these cases are extremely well documented and do not require my input. The aim of this article is to shed light on some incoherent consumption patterns of which we are guilty of and on which we can all act on. For 10 CHF, anyone can buy a reusable bottle of water and stick to it for years. The UNIL campus has plenty of water fountains designed specifically to encourage this behavior. 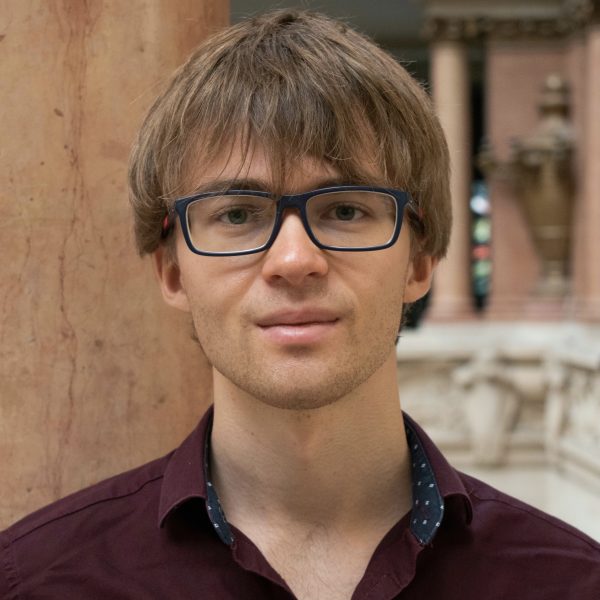