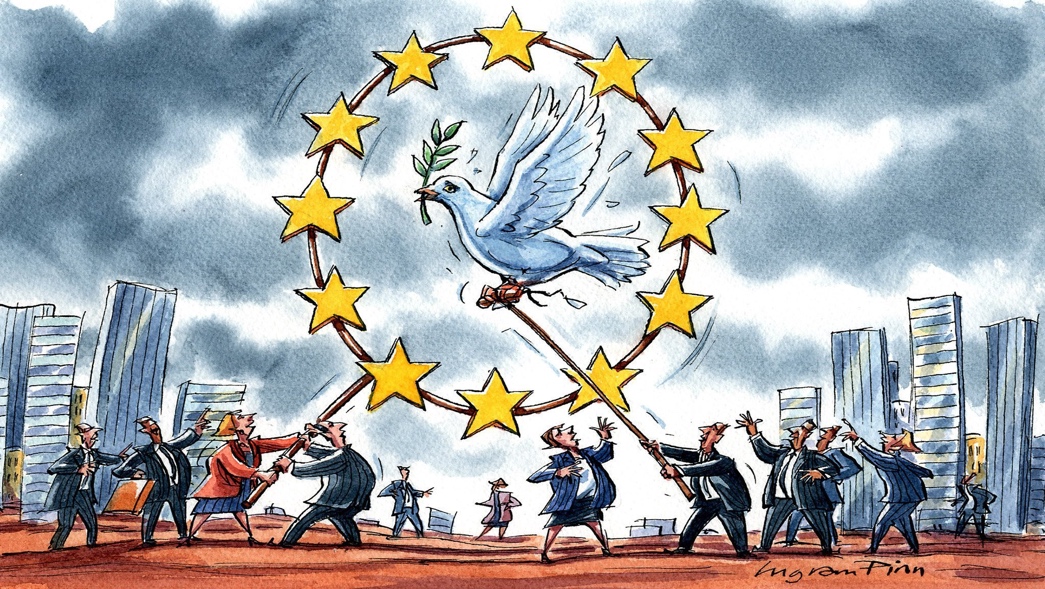 On Neutrality. Does Neutrality Actually Imply One Side in Political Conflicts?

Neutrality is a term used across different sciences, no matter your field of expertise, you will most likely stumble across a definition of neutrality within your area of interest. In chemistry, neutral refers to an energetic charge being neither positive, nor negative. In law, neutral refers to an impartial third party who acts as a mediator, willing to help resolve a controversy. In psychology, neutral refers to an unconditioned stimulus that is not causing any response.

Neutrality within the social sphere has many implications. When the initial intuition may suggest that being neutral means supporting no party at conflict, it does actually imply something rather startling: As harsh as it may sound, being neutral – withstanding to pick a side in a conflict – is an active choice of support in favor of whoever is at power1. Nowadays, slavery is a topic so obvious to be immoral and incorrect, however, in 1963, the year in which Dr. Martin Luther King gave his speech ‘I have a dream’ to end discrimination against black people in the US, the term ‘neutrality’ had a completely different stance. It meant to silently agree with the white political supremacy in power. Likewise with the case of antisemitism in mid 20th century in Germany. These two are utterly sensitive topics, about which no person would dare to declare themselves as ‘being neutral’ about nowadays.

What is the difference between the above-mentioned cases and today’s neutrality? One might argue that these cases are so radically and obviously incorrect that it is common sense to pick the right side. However, no matter if we talk about slavery or antisemitism, at their corresponding time, it needed active people to pick the side opposed to the party at power – not to be neutral. Big societal movements towards a more diverse and inclusive future need individuals who pick the side of the oppressed minorities. Equality is about treating everyone the same way, equity is about lifting a suppressed minority up in order to create a balance between those at power and those being mistreated1.

So, when it comes to politics, what does neutrality imply? Power dynamics within the geo-political sphere are characterized by nations who are alliances, helping each other in times of conflict, and enemies, potential threats, nations who will not support each other in times of political conflict. A neutral nation is then, by definition, not an ally of any other country and will only use force in order to protect itself2.

In Europe, there are a bunch of nations who declare themselves as neutral, up to this date. Austria, Finland, Ireland, Sweden, and Switzerland. All nations except for Switzerland, have obtained their neutrality by an indirect or direct consequence of World War II3 and are, in fact, member of the European Union. In current times, the neutralities of the states are being challenged. In particular, Finland and Austria derive their status as enforced neutrality from a treaty with the USSR in times of the Cold War, and, what is more, Sweden’s neutral national identity is bound to Finland’s3. This origin of their neutrality implies that Austria, Finland, and Sweden are not members of NATO, the North Atlantic Treaty Organization, the alliance built to contain the USSR, and now Russia. In particular, the enforced neutrality upon Finland and other European nations by the USSR, has gained a term for itself, namely Finlandisation4.

In fact, Russia has stated multiple times that any NATO expansion towards the East will trigger a third world war5. Speaking by which, the Ukraine invasion by Russia was sparked by Ukraine’s loud request to join NATO5, but this matter deserves another entire article fully dedicated to this subject. Returning to Austria, Finland and Sweden, all three countries take bold moves by engaging in NATO exercises6. Moreover, all three nations are members of the European Union, which is contradicting the neutrality aspect even further and raises difficulties in the discussion of the EU wanting to create an Euro-army which shall protect European boundaries7.

What about Switzerland then? Switzerland is among the few neutral countries on the European continent, however, its situation is rather different to the ones explained before. Switzerland is not part of the European Union, not a member of NATO, and most importantly, has not had the neutrality forced upon the nation by any oppressor. Switzerland is neutral since 16403 and had successfully maintained its identity during all wars after 1640, e.g. World War I, World War II, Cold War3.

Geo-political relationships are highly relevant today and ever since. With the Russian invasion of Ukraine this year, the alliances and neutral players both on the European ground and globally became again ever-so important to observe. What is worth-mentioning, in contrast to prior historical conflicts, the European neutral countries – Austria, Finland, Ireland, Sweden, and Switzerland have picked a distinct side: the side opposing Russia8. Hereby, they make a clear statement that they are not supporting the actions of the invader.

Finally, combining the aspects of social and political neutrality, Switzerland and the other nations did in fact did pick a side, pro-Ukraine, supporting the minor party which is being suppressed. This shows us that there is a way to identify as neutral and still help fighting inequalities and stand up for those at need. Each and every individual in our society has his and her own freedom to choose to be for or against something, or to withhold their opinion.

This article aims to show that the intuitive thought that declaring oneself as neutral, does actually imply to be in favor of the one who is in power. In geo-political relations, sides are more complex and bound to historic evolutions, nevertheless, nations like Switzerland lead by example as to how to embrace a neutral position and still communicate distinct statements with respect to what is in line with their national values.

5 | Marshall, T. (2016). Prisoners of geography: Ten maps that explain everything about the world (Vol. 1). Simon and Schuster.