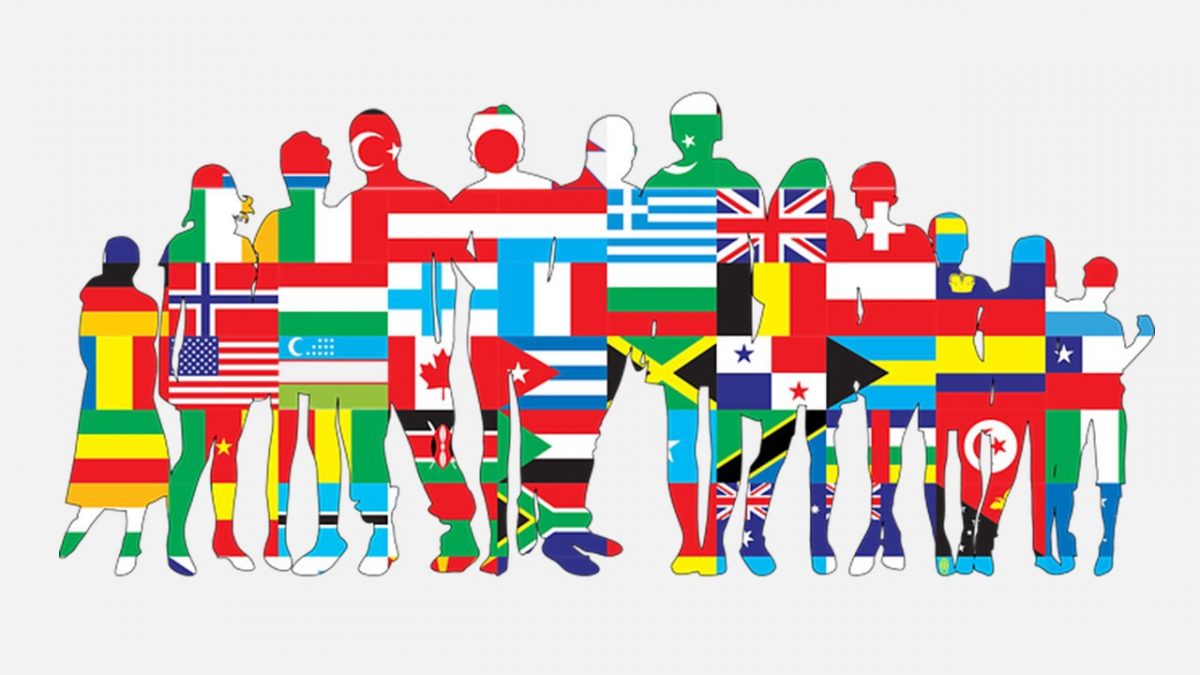 A Modernist Approach on Nation and Nationalism: Imagined Communities

In 1983, Benedict Anderson published his most influential book, Imagined Communities. He brought a new definition to the concepts of nations and nationalism by emphasizing cultural veins that appeared in the late 18th century. Anderson sees the nation as an “imagined political community”. He explains his arguments with the decreasing importance of religious communities and dynasties, the developments following the printing revolution (print-capitalism, as he named it), standardization of the language, lexicographical revolution and so on.

The concepts of nations and nationalism emerged in the late 18th century. As a modernist theorist, Benedict Anderson defines the nation as an “imagined political community”. It is imagined as both inherently limited and sovereign. He explains “the nation is imagined as limited because even the largest of them, encompassing perhaps a billion living human beings, has finite, if elastic, boundaries, beyond which lie other nations. It is imagined as sovereign because the concept was born in an age in which Enlightenment and Revolution were destroying the legitimacy of the divinely-ordained, hierarchical dynastic realm. Finally, it is imagined as a community, because, regardless of the actual inequality and exploitation that may prevail in each, the nation is always conceived as a deep, horizontal comradeship. Ultimately it is this fraternity that makes it possible, over the past two centuries, for so many millions of people, not so much to kill, as willingly to die for such limited imaginings.” [1]

To Anderson, the most common mistake about nationalism is to perceive it as ideologies like fascism or communism. Instead of likening nationalism to a political ideology, it would be better to think about it with the veins of religion and kinship. He states that nationalism has to be understood by aligning it, not with self-consciously held political ideologies, but with the large cultural systems that preceded it, out of which – as well as against which – it came into being (Anderson, 2006). The cultural roots of the imagined community can be sought in the reducing influence of religion and sacred scriptures. In addition, the disempowering of monarchies- as the natural way to orchestrate political relations in space- and the separation of history and faith from each other caused humans to imagine themselves as homogenous communities and thus connected people who had never met before. Moreover, he argues, it is imagined because the members of even the smallest nation will never know most of their fellow members, meet them, or even hear of them, “yet in the minds of each lives the image of their communion” (Anderson, 2006).

According to Anderson, Latin language, the common scientific and political language in Europe had begun to lose its importance because of the Protestant Reform. He also stresses the significance of symbols for political identities and claims that the printing instruments, or as he called print capitalism, made transformation possible from small-scale societies to large-scale societies. In addition, print capitalism made a great contribution to standardise languages, and, thus, publishers have preferred to choose a « standard » language that all audiences can reach. In his book “Nations and Nationalism”, Ernest Gellner asserts that the roots of nationalism should be searched in the period of the industrial revolution. In contrast to Gellner, Benedict Anderson suggests that the origins of nationalism can be found in the period of print revolution- print capitalism. In addition, according to him, the convergence of capitalism and print technology on the fatal diversity of human language created the possibility of a new form of imagined community, which in its basic morphology set the stage for the modern nation (Anderson, 2006).

The standardized print-languages affected national consciousness in three ways. Firstly, they generated “unified fields of exchange and communication below Latin and above the spoken vernaculars”. Secondly, thanks to the print-capitalism the language became constant, and, thus the idea of the nation could be created by building the image of past- antiquity. Thirdly, apart from previous administrative vernacular, print-capitalism generated languages-of-power. As Anderson concludes, the reasons why new imaginable communities could exist is a half-fortuitous, but explosive, interaction between a system of production and productive relations (capitalism), a technology of communications (print), and the fatality of human diversity (Anderson, 2006). Spread of novels and newspapers also made a great impact on the collective imagination. According to Anderson, an American will never meet, or even know the names of more than a handful of his 330 000 000 – odd fellow- Americans, and he also has no idea of what they are up to at any one time (Anderson, 2006). However, he has complete confidence in their “steady”, “anonymous”,” simultaneous activity” (p.26).

Newpapers also had a massive impact on creating a bond linking all those individuals, but how exactly? For Anderson (2006), the date at the top of the newspaper provides the essential connection. The synchronous mass consumption of newspapers have also provided a link by considering it as a “book sold on a colossal scale” or “one-day best-sellers”. In this context, we are aware that a specific edition will be read or not at anytime or any day. This simultaneous consumption, is in a sense, an extraordinary mass ceremony that is performed in a silent privacy. So what bonds different people? According to Anderson, each communicant is well aware that the ceremony he performs is being replicated simultaneously by thousands (or millions) of others of whose existence he is confident, yet of whose identity he has not the slightest notion (Anderson, 2006). Despite other modernist representatives of nationalism, -who assert that nationalism first existed in Europe- Anderson claims that nationalism had different historical roots and its origins should be searched in Latin America. The USA or the former colonies of Spain, for instance, were creole states, formed and led by people who shared a common language and common descent with those against whom they fought (Anderson, 2006). Thanks to the language factor, they easily were influenced by the European Enlightenment philosophy. Under the leadership of colonial elites, colonies rebelled against the European monarchies. In light of this, it was unsurprising that colonies deemed a republic better than a monarchy in the New World.

Anderson points out the 100 years between 1820 and 1920, because this was the time when the nationalist republics began to replace the monarchies in Europe. Once again, the language played a significant role: main European languages’ reading class started to perceive themselves as a community and spread quickly because of the rising government bureaucracies and new elite class- bourgeoisie. However, Anderson presents a different cause to rise of nationalism. He asserts that Europeans replicated the way in which Americans established nations- by revolting- and he labels this event as “piracy.” Out of the American welter came these imagined realities: nation-states, republican institutions, common citizenships, popular sovereignty, national flags and anthems, etc., and the liquidation of their conceptual opposites: dynastic empires, monarchical institutions, absolutisms, subject hoods, inherited nobilities, serfdoms, ghettoes, and so forth (Anderson, 2006).

Inevitably, these developments caused increasing political problems for dynasties throughout the 19th century because many of them had no solution to “nationalness”. Furthermore, dynasties were threatened with exclusion from newborn “imagined communities” and this caused the emergence of “official nationalisms”. By giving many examples of official nationalism, in Russia for instance, Anderson remarks how states and empires started to copy nationalist metaphors with the aim of getting rid of populist revolutionaries. According to the author, these ‘official nationalisms’ can best be understood as a means for combining naturalization with retention of dynastic power, in particular over the huge polyglot domains accumulated since the Middle Ages, or, to put it another way, for stretching the short, tight, skin of the nation over the gigantic body of the empire (Anderson, 2006). Again, after the Second World War, colonies in Africa and Asia started to revolt against European countries. Anderson claims that this was the “last wave of nationalism”. Most of the revolutionaries were idealistic young adults and they replicated previous forms of nationalist countries. Unsurprisingly, they characterized their nations very differently, if not oppositely, from their former European colonizers. He also explains how technological developments and the rise of bureaucracy enabled colonies to take part in government more easily. He concludes that in the conditions of the twentieth century, nation-building was much easier than before (Anderson, 2006).

In the book Imagined Communities, Benedict Anderson explains the factors that caused the birth of nationalism and its developments in different societies over time. Benedict Anderson’s idea to seek the roots of nationalism in Latin America rather than the Europe was revolutionary. To him, the print revolution and the concomitant developments also made a great contribution to the growth of nationalism in different societies. Moreover, Anderson discusses imagined communities on topics ranging from the impact of cultural elements on nationalism, the decline of dynasties and religious communities, the print revolution and its impact the way of life, the standardization of language with print-capitalism or the success former Spanish colonies had in building nations.